Moto X Play and Style have reportedly spotted in GFXBench running Android 7.1 Nougat, thus, immediately sends a signal to all rumongers that eventually give birth to conclusions that other Motorola handsets will skip Android 7 Nougat. See full details here!

Two of the not-so-old not-so-recent Motorola handsets Moto X Play and Moto X Style have spotted online running Android 7.1 Nougat. According to Android Headlines, the two Moto X variants popped up in a benchmarking site called GFXBench; thus, elicit some conclusions and wild presumptions that Motorola is likely to skip Android 7 Nougat update for the two mentioned handsets and to others selected handsets as well.

Moto X Style is said to be capable of running Google's latest beta program, Android 7.1 Nougat despite the fact that the handset specifications do not call for high-end ones. However, the phone sports a QHD display with screen size of 5.7-inch, 3GB of RAM and is powered by a 64-bit hexa-core Snapdragon 808 under the hood.

Moreover, Moto X Style sports a 21-megapixel rear camera and 5-megapixel for the front-facing one. For the physical appearance, the phone features a body with frame made out of metal that comes with a back cover that is totally replaceable with another version made out of wood, rubber or other materials.

Motorola's global rollout for Android 7 Nougat update in phased manner has started two month ago having Moto Z handsets are the first recipients back in October. It was then followed by Moto G4 and Moto G4 Plus in December and the second update rolled out to Moto Z carrying the November security patch according to Gadgets NDTV.

According to Lenovo-owned Motorola, features accompanying Android 7 Nougat includes multitasking, some battery features such as "Doze" mode, refreshed notification bundles and improved data saver. On the other hand, a new Moto action called Swipe to shrink the screen has also been integrated by Motorola to the update. 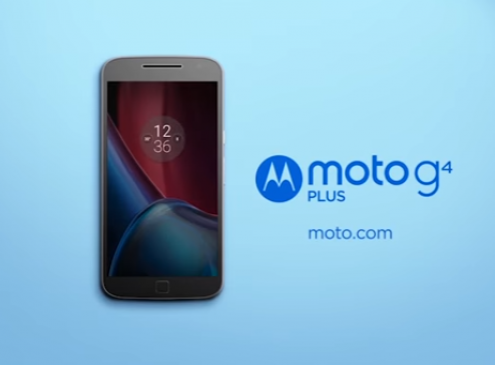