The unusual and unique BlackBerry Mercury smartphone is rumored to debut in CES 2017 in the coming month. Leaked photos confirmed that the phone will run Android Nougat and sports higher screen resolution. Will the phone have all Google Pixel exclusive features? See full details here!

The hype begins for the long rumored BlackBerry Mercury most especially when the phone has been spotted online running Android 7 Nougat mobile operating system. According to Phone Arena, aside from the phone running the latest beta program of Google, the leaked photos also revealed that the phone seems to feature a sharp display at a resolution of 1620 x 1080 pixels (420 ppi density).

Under the hood, BlackBerry Mercury is presumed to house 3GB of RAM coupled with 32GB onboard internal storage. The device is also said to be powered by Snapdragon 625, an octa-core mobile processor from Qualcomm and a 3400 mAh battery that is said to supply power to BlackBerry Mercury for longer period of time.

When it comes to features, BlackBerry Mercury is expected to sport a physical full QWERTY keyboard, thus, the phone won't have on-screen and navigation buttons. Furthermore, the phone is said to sport a 4.5-inch screen display and an alleged fingerprint scanner integrated into the phone's spacebar.

On the other hand, while it is already confirmed that BlackBerry Mercury will run Android 7 Nougat, netizens are hopeful to get the taste of Google Pixel phones exclusive features on the upcoming handset. Aside from BlackBerry's own messaging app, the phone is expected to have features such as quick app switching, multi-tasking windows and refreshed notifications bundle.

The existence of BlackBerry Mercury was confirmed by CEO John Chen when he announced that DTEK70 will feature the company's signature smartphone design that refers to a candy bar form with complete QWERTY hardware keyboard, Android Headlines reported. Since then, the several speculations continue until recently, the phone is said to be launched during CES 2017 in January and will be released thru the mobile carrier Verizon.

Sony Will Launch Powerhouse Smartphones, Other Products in CES 2017 – Here’s ... 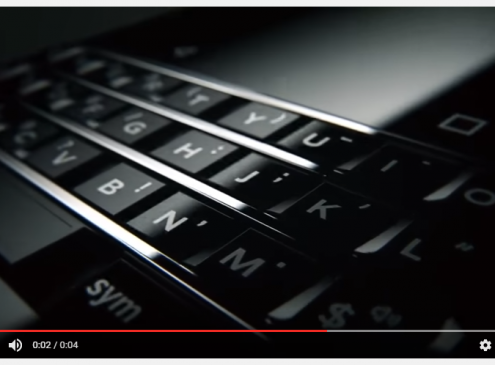