Angelina Jolie, Is Jolie Becoming A Professor At Georgetown University?

Angelina Jolie is not going to teach as a professor at the Georgetown University; this is what a Washington D.C. spokesperson confirmed on Saturday.

The announcement came out days after news broke out and stirred up the excitement among students, faculties, and residents that The Tomb Raider is coming to their place as a visiting professor.

US Weekly reported on August 5 that Jolie allegedly signed on to teach as a visiting professor at the Georgetown Institute for Women, Peace, and Security. However, Rachel Pugh, the institute spokesperson clarified that there are yet no plans of Georgetown having Angelina Jolie to teach.

The rumor came out following Mrs. Smith's visit to London School of Economics in fall where she taught "Women, Peace and Security", a one-year master's degree program. The course is the first of its kind both in the US and in the whole world wherein Jolie shares her lectures, knowledge, and workshops.

Jolie said in a statement that she believes in the importance of the wider discussion about women's rights and the women's protection against unequal justice brought about by their awful situations such as sexual violence.

Jolie launched the program last year together with William Hague, the U.K. foreign secretary. Hague like Jolie is also a London School of Economics unpaid professor, The Washington Post reported.

Angelina Jolie is a mother to six and a 41-year old actress, who was known for her several character roles; one of which was Mrs. Smith from the movie Mr. and Mrs. Smith, a 2005 movie with her real-life partner Brad Pitt.

A Georgetown University expressed her excitement over having Angelina Jolie and William Hague as visiting professors, but they still are waiting as of the moment for they are not receiving any news from the LSE and Georgetown managements about their visit. She assured that they are both welcome should they decide to conduct teaching sessions on the campus, The Daily News reported.

Watch this video and find out more about Angelina Jolie's rumored Georgetown teaching.

University: What Is It For And What It Has Become 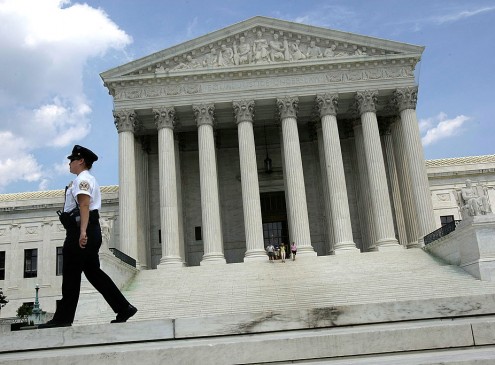