Rio Olympics 2016 is jampacked with athletes from different parts of the world vying for the same goal; to bring home the medal. What people does not know is that aside from the honor and pride they bring to the country, these medals carry a literal value both from the committee the athletes' home countries.

The Rio Olympic 2016 medals are composed if copper, silver and 24-karat gold, each amounting to $366 US. There is a total of three hundred and six sets of medals awaiting the competing athletes for the entire event.

US athletes, however, need to comply with the US taxation rule should they be given the fortune to bring home any of the Rio 2016 medals. The medals as well as the cash awards they may receive falls under the "earned income abroad" category and thereby considered as a taxable income.

The amount of their taxes depends on in their individual taxable circumstances. Highest earner athletes will have to pay $3,960 for a bronze medal, $5,940 per silver medal received and $9,900 should they bring home a gold medal.

Sen. Charles Schumer from New York City is rallying for the tax exemption of their as he believes that athletes are supposed to be breaking the world records, not the bank.

Other countries, on the other hand, have a different way of displaying gratitude to their athletes bringing home honor to the country from the 2016 Rio Olympics.

Italy and Russia both give their 2016 Olympics athlete $189, 800 for gold medalists. Kazakhstan gives $250,000 and Malaysia generously offers $600,000 for their athlete who will be making the gold, Alabama News reported.

Coaches, being the person behind every champion also receives a cash reward would their player wins. They will be given 50% of the amount their player receives, The First Post reported.

Watch this video to know more about the 2016 Rio Olympics medal.

University: What Is It For And What It Has Become

Are Donald Trump And Hillary Clinton The Answer To The Preservation Of Education? 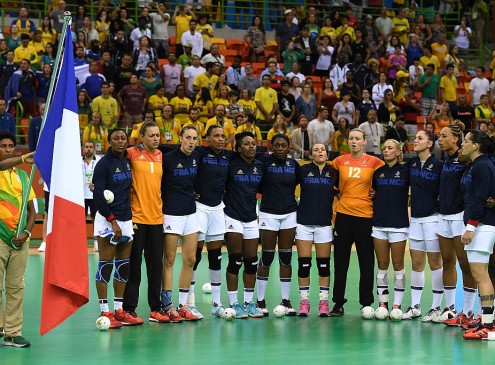