A new state graduation requirement was approved on Wednesday by the New Jersey Board of Education. The Partnership for Assessment of Readiness for College and Careers (PARCC) is now a requirement before the students can enter their eighth-grade class this fall.

David Hespe, Education Commissioner said that the goal of this step is to make sure that student will be ready to display a higher level of proficiency by the year 2021, calling this batch the Class of 2021. He also believes that if educators are to set a goal, then it has to be an aggressive one.

The PARCC will require the students to pass both the 10th-grade English as well as the Algebra I. So far less than 50% of the students taking the said type of exams had passed.Failing students will be given an opportunity for a retake. However, if they still fail to make it on their second chance, they will then have to comply with the state's safety net.

Students need to come up with a compilation of school transcripts, graded class work and other proof of their academic achievement. This will serve as their portfolio appeal to substitute their test scores provided that they have taken advantage of all the possibilities to participate in high school PARCC tests, NJ True Jersey reported.

The execution of the PARCC, however, has been controversial before its unanimous approval having only one abstention from the Board of Education. It has gained opposition from both teachers and parents and almost 3,000 signed a petition to stop the program.

Tova Felder, a parent, and the teacher said that their opinions were not even sought the approval. She strongly believes that the test is only to favour private interest. She sees the exams as poorly constructed creating unreliable results because they are too difficult and should never be a graduation basis.

Felder stood firm on her decision that she is not going to allow her son to take the exams, instead, she is pulling him out of school and will resort into homeschooling, The Pix 11 reported.

'Collaboration Instead of Competition': Schools in Washington Join Together To Come Up ... 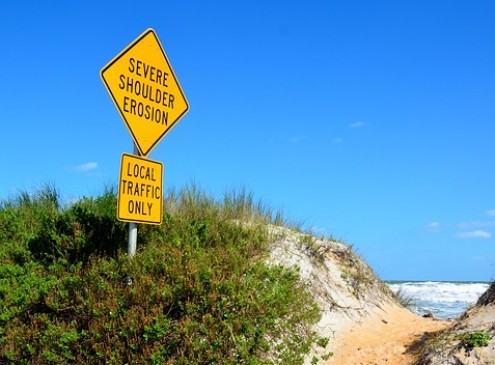