"Criminal Minds Season" 12 will feature Adam Rodriguez replacement of Derek Morgan. The upcoming series will also see the return of an Interpol agent.

"Criminal Minds" new actor Rodriguez is suggested to replace Morgan's character upon his exit. Rodriguez will be playing an FBI Fugitive Task Force Agent who will help the Behavioral Analysis Unit. The "Criminal Minds" Season 12 will also recast Paget Brewster for multiple episodes only as revealed by Kirsten Vangsness who plays tech genius Penelope Garcia on the series.

Brewster expressed her excitement when she announced her return in "Criminal Minds" through her Twitter account. It is not revealed yet whether Brewster will appear on the first episode or on a later episode of "Criminal Minds" Season 12, Christian Daily reported.

Meanwhile, "Criminal Minds" Season 11 finale ended with Aaron Hotch being arrested with 13 serial killers escaping prison. One of the escaped prisoners is suggested to be Mr. Scratch. The upcoming "Criminal Minds" Season 12 plot will pick-up on the escaped notorious criminals scene. They will run the criminals including the mind-controlling serial killer Mr. Scratch. 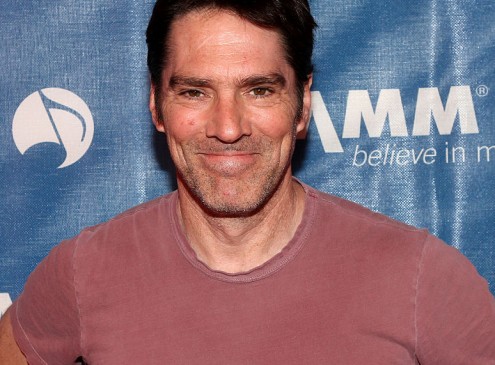