Albeit the scarce details on Google Nexus Smartwatch 2016, many rumors are backing the specs and release of Android wear smartwatch.

The image render made by Android Police has gone viral and quickly garnered lots of reviews in term of design. While it may not be 100 percent true, but given the overall look, it seems that the wearable smartwatches have a simple design - a straightforward and quite like a standard watch.

A codename, Angelfish, is said to be a larger version of Nexus smartwatch variants. In the picture, Angelfish has three buttons with rumored diameter of 43 mm. Under the hood, the sleek smartwatch will have Android Wear to power up the machine. On the visual interface, Google is expected to have a clean or neat design. On the features, Nexus smartwatch 2016 Angelfish might be equipped with heart rate sensor and GPS. Also, LTE connectivity, as reported by Tech Times.

The smaller watch is said to be named Swordfish - it will have single button and probably a thinner design compared to Angelfish. As for the specs, it can boast similar features including heart rate sensor and LTE.

The render does not give much information on how smart the watch will be since there is no further announcement nor confirmation from Google itself. The speculations now point on the Google Nexus Smartwatch 2016 release.

At Google I/O 2016, the tech titan explained that Google Assistant will enable users to have quick search result like finding the perfect dining place or buying movie tickets. And it seems that Google is working on that for the wearable gear.

On the other hand, University Herald also managed to gather specs roundups of the rumored Apple Watch 2. It will run watchOS 3; and provide easy access through Dock.

Would you rather wear Google Nexus Smartwatch or Apple Watch? 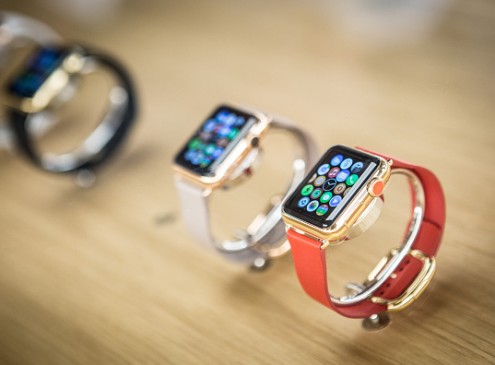