Meizu Roadmap 2017 Leaked: A List of Incredible Phones that Meizu could be Launching, Including Galaxy S8 Competitor

Meizu roadmap 2017 was leaked and it's been revealed that the company will introduce a few incredibly-specced devices. Here's a list of Meizu's handsets reportedly coming this year.

This particular phone has been spotted in TENAA website previously. It is reported that Meizu M5S will rock an octa-core processor from MediaTek. Meizu M5S has also received CCC certification and will be launched in February, GSM Arena reported.

Meizu Roadmap 2017 also reveals Meizu Pro 7 - a powerful device that will get a processor of 10nm process. The flagship will reportedly be unveiled in June.

Meizu Blue Charm S will be the smartphone ready for a release in June. It is reported to get MediaTek Helio P25 octa-core under the hood and judging from the 16nm process, this could be a mid-range device.

In September, Meizu Roadmap 2017 sees a fast performer sporting octa-core SoC manufactured on 10nm process. A quick reminder, Qualcomm's Snapdragon 835 uses 10nm process and there has been a few devices expected to sport it under the hood, including Samsung Galaxy S8 and Mi 6 this year. If MX7 sports the same chipset, it will add another option in the premium phone market.

M6 Note will be called Blue Charm Note 6. Based on Meizu Roadmap 2017, the device will be introduced sometime in October, according to VR-Zone.

According to the leaked roadmap 2017, Meizu will reportedly release a Snapdragon 626-powered handset, Blue Charm M in December. The last addition in this year's Meizu smartphone comes with a surprise as the company has been faithful to MediaTek processor.

There are two speculations at the moment, it is either Meizu is shifting its smartphone development path or it will just be another premium series to accompany its MediaTek-powered phones.

The authenticity of Meizu Roadmap 2017 is still unconfirmed and any information on the upcoming devices is to be taken with a grain of salt.

Another Bezel-Less Phone Coming in December from The Company that Once Manufactured Nexus ... 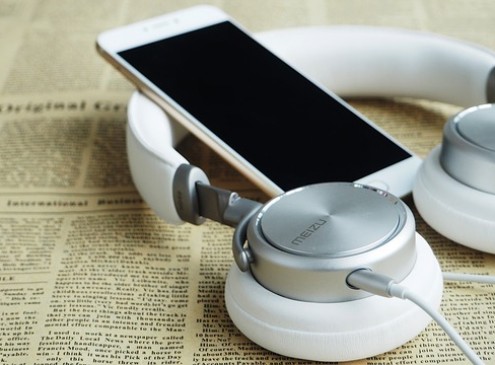