LG UltraFine 5K, 4K Display for Sale at Apple Online Store; Discounts Up to $325; Plus List of Compatible Macs

LG's UltraFine 4K display packs high resolution of 4096 x 2304 whilst the UltraFine 5K display has 5120x2880 resolution. Both wide monitors rock P3 color gamut and 500 cd/m² of brightness. This is a great bargain especially for monitor seekers who aim at impressive viewing experience.

The 5K screen can be connected to MacBook Pro with Thunderbolt 3 - the multitasking cable that's also capable of charging, linking video and sharing data.

Users who want to opt for LG UltraFine 5K display should check if their Macs are compatible with the monitor. Apple has listed some of the requirements below:

For older Macs, the 5K monitor can still be compatible but users might need to settle for low resolution of 3,840 x 2,160 pixels.

Consumers who purchase today might have to wait for at least two weeks before it arrives at their doorstep. It is recommended to check the nearest Apple Store for stocks.

The UltraFine 5K display initially made appearance at Apple's October event where it introduced Mac lineups. Apple announced the partnership with LG for the system that accompanies MacBook Pro Touch Bar variants, according to CNET. 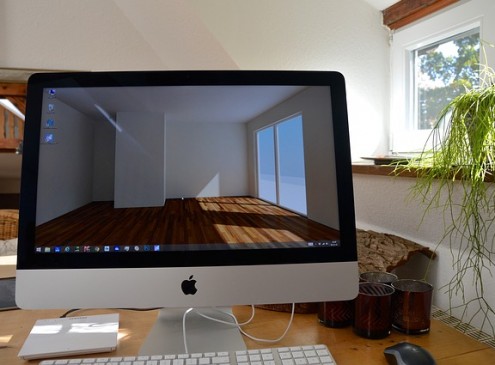