The National Aeronautics and Space Administration (NASA) will choose five university research teams to improve the aviation industry. The agency will give them up to five years to "explore" new aircraft designs to support future space flights.

According to PR Newswire, the total value of research grants from NASA is expected to be at least $50 million. The project, meanwhile, is part of the University Leadership Initiative (ULI). Jaiwon Shin, NASA's associate administrator for aeronautics, told the media that they hope that the leading US universities will do more in revolutionizing airplanes to let the nation lead the aviation community.

For one, NASA expects the academe to imagine an aircraft that can change its shape while in flight to reduce the sonic boom noise. On the other hand, an aircraft that can take-off quietly with an efficient electric engine is also possible. The director of the Transformative Aeronautics Concepts Program of NASA then noted that the potential outcomes of the collaborative study may highly likely hold models and technologies people could not even envision today.

Instead of specifying the research topics for the schools to pursue, the space agency opted to ask the universities for unique ideas. The candidates need to present their own concepts backed by compelling pieces of evidence to prove its worth. NASA also wants the five universities to share the experience with others by forming "diverse and multi-disciplinary" teams. Apparently, anyone from either educational or professional institution may be recruited, even if that someone has no background in aviation.

The schools that may get the grant include the University of South Carolina, the University of Tennessee, the Arizona State University, the Ohio State University, and the Texas A&M Engineering Experiment Station. The first school deals with advanced wireless communication networks while the second one concentrates on aerodynamic wing designs and fuel consumption. The Arizona State is known for integrating complex air traffic management systems while the Ohio State flaunts its electric propulsion capabilities. Lastly, the Texas A&M will give attention to the shape-shifting plane models mentioned earlier.

Per NARI, the universities will be able to work independently. Also, they need to accomplish milestones by continually conducting research and going through a lot of trial-and-errors. Per the same source, the ULI mission wants to cut accidents in the sky as well as the carbon emissions of old airplane models. 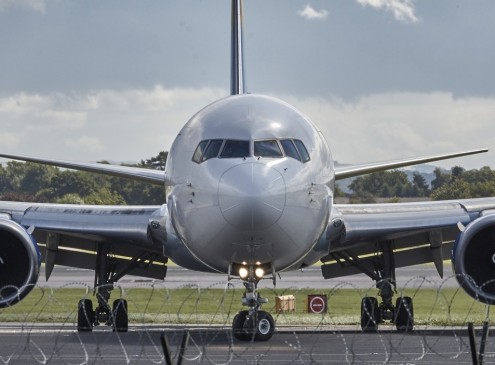