The Chinese mobile brand Meizu is getting back in the market when the mid-range smartphone Meizu M5S is reportedly spotted online equipped with unbelievable specs and features. Read full details here for the phone's price and global release date!

Meizu is known for manufacturing devices which are akin to the ones made from giant tech firms. Just recently, a new device which rumors claimed the Meizu M5S is reportedly spotted online equipped with great specs and features that could possibly rival the mid-range smartphones from other big players in the market for 2017.

In a leaked photograph from TENAA, two typical typical-looking Meizu M5S with model numbers M612Q and M612M are said to sport a full metal body and available in three color variants - gold, silver gray and rose gold. According to Phone Arena, the phones will feature a 5.2-inch screen display with 720p resolution.

Furthermore, Meizu M5S phones are said to be powered by MediaTek chipset and 2930 mAh battery pack coupled with 4GB of RAM and 64GB of internal storage. The phones also reportedly sport a 13MP rear camera lens and 5MP for the front.

On the other hand, Meizu M5S phones are expected to have a powerful performance since the phone will use an Octa-core processor that has a clock speed of 1.3GHz. The phones' internal storages are also said to be expandable up to 128GB using a microSD card according to PC Mag.

However, in contradict to previous rumors, Meizu M5S will run Android 6.0 Marshmallow for the mobile operating system instead of Android 7.0 Nougat. But there are possibilities of receiving the latest android beta program in the long run.

As of this writing, there are no further details revealed as to the price of Meizu M5S handsets but rumors suggest that it will be cheaper compared to the recently released Meizu M5 Note. The phone is slated to launch during the CES event in January 2017. 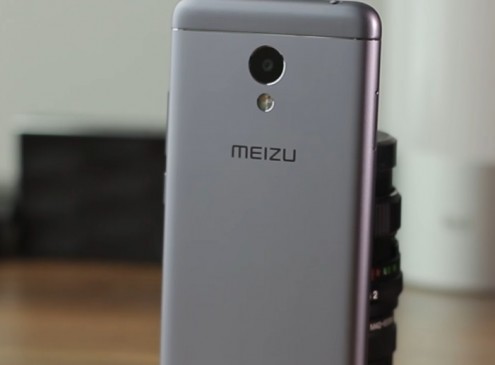