The Annual Owner Satisfaction Survey conducted by Consumer Reports has released the result having Tesla in the number one spot, which means owners are insanely happy on their respective Tesla cars. It is said that the charisma of its CEO Elon Musk is one big factor why consumers would definitely want to buy new cars from Tesla again. Read full details here!

Tesla Ranks No. 1 in the Recent Annual Owner Satisfaction Survey

A massive 91 percent of owners say that we will definitely buy Tesla cars again sometime in the future according to the recently conducted Annual Owner Satisfaction Survey through Consumer Reports. According to Business Insider, the said percentage of consumers responded quickly with "definitely yes" to the question if they would buy the same car model if they will ever have to do it again.

Porsche finishes second in the survey with 84 percent rating followed by Audi, Subaru and Toyota to complete the top five. Fiat, who sold few cars from 2014-2017 has finished last with 53 percent rating for the buy-again category.

The result has a very serious implication on Tesla Motors sales for the coming years. If they can have almost 100 percent of their consumers to buy again the same car model, then rivals should be threatened by now because Tesla Motors is on its way towards being unbeatable.

On the other hand, the charisma of Tesla Motor CEO Elon Musk is said to have a big contribution to the rating. For this reason, the company doesn't have to allocate big budget to marketing and advertising because Musk is doing it himself most particularly in social media.

Tesla Motors' next move for 2017 is said to be focusing on the launching of Model 3 which has reportedly 400,000 reservations who paid $1,000 for the deposit. Tesla Motors has also plans for expansion and business venture in China where Tesla planned to build a manufacturing plant to cater local consumers, according to Torque News.

Samsung Galaxy S8 Plus: Marks the Death of Galaxy Note; Has Robust Memory, Big Screen but ... 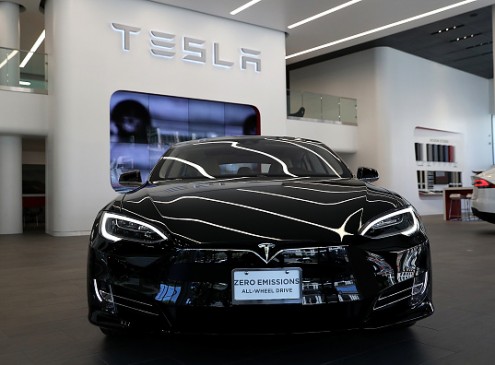