Although the NPD report has not yet been released, one thing is certain, Sony has beaten off Microsoft in the battle of sales between PS4 and Xbox One. Will the Windows-maker company be compelled to release Xbox One Project Scorpio earlier than the scheduled release date? See more details here!

PlayStation 4 (PS4) has reportedly topped in the US sales for gaming consoles in the month of November which basically means beating off Microsoft Xbox One. According to GameSpot, Sony has confirmed the said report to the publication but refuse to say any additional comment on it.

It can be recalled that back in July, Xbox One has gathered massive sales in the US since the new Xbox One S has been announced in June during the E3 event. This momentum has continued but eventually goes down when the month of November arrives having PS4 inserted in the picture.

However, it seems like the management of Microsoft Xbox One Division is not bothered at all with the reported phasing out of sale's momentum. In fact, the Vice President of Xbox Marketing Mike Nichols has told GameSpot that their players in 2016 has increased by 40 percent compared to 2015.

On the other hand, netizens started to speculate that Microsoft is likely to release the Xbox One Project Scorpio ahead of its scheduled release date. The new gaming console is expected to beat the upcoming Nintendo Switch and the newly released PlayStation 4 Pro (PS4 Pro).

Best Deals for PS4 in UK

As the popularity of PS4 is currently on the rise, e-merchants have released special deals for the gaming console and "Call of Duty: Infinite Warfare" for the holiday season in UK. According to Express UK, e-merchants like Currys, Tesco, John Lewis and Amazon offer the bundle in the amount of 229 pounds.

Furthermore, Sony has also update the PlayStation Plus lineup such as having the game live for December 2016. Cross platform has also been activated as PS Plus subscribers are able to download Tiny Troopers, Hyper Void and Colour Guardians on PS4 console.

Xbox Games with Gold Titles are Free to Download Until the Release Date of Xbox One ... 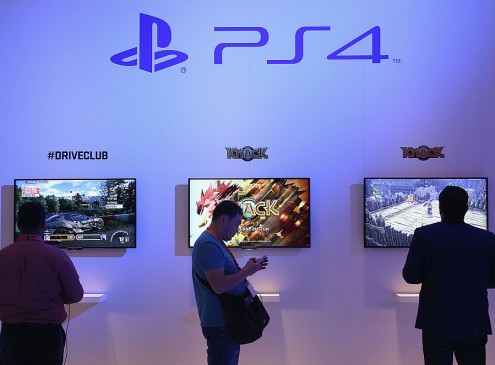 PS4 Pro vs Xbox One S: Sony Tops in Performance But Lacks One Thing; Microsoft Boasts ...