Xbox Games with Gold Titles are Free to Download Until the Release Date of Xbox One Project Scorpio? [RUMORS]

Microsoft Xbox One Division has made an announcement through Twitter regarding the 300 Xbox Games with Gold titles that are available to download for free for the holiday season. Could it be true that the company will extend the program until the release of Xbox One Project Scorpio console in 2017? Read more details here!

Xbox One fanatics will have a happy holiday season as Microsoft gives away free games in celebration of the 300 backward-compatible titles according to Polygon. And to highlight the celebration, the Xbox One community is rejoicing over the addition of "Bioshock Games" and the recently added Japanese RPG "Lost Odyssey" which was an Xbox exclusive in US and Europe way back in 2008.

"Lost Odyssey" has become popular worldwide not only because it was co-written by Final Fantasy series creator Hironobu Sakaguchi but also the gameplay is like turn-based battle system that is familiar to all Japanese RPG fanatics. The Xbox Game with Gold title features the character of Kaim who is an immortal that leads a group of warriors as they journey towards a magical industrial revolution.

Once the "Lost Odyssey" game is downloaded, it will be permanently linked to the player's Xbox account but he must redeem the game on or before December 31, 2016. Otherwise, the game will be back to its original price.

"Lost Odyssey" is the last addition to the 300 backward compatibility Xbox Games with Gold titles. These games are available for download digitally from Xbox stores. Disc versions of the game are still good to go.

Due to the hype created by free Xbox Games with Gold titles, rumors about the extension of the program until the release date of Xbox One Project Scorpio has been going around but Microsoft Xbox One Division has not released any announcements to confirm the said rumors.

Meanwhile, fans are still waiting for the official release date of the upcoming console which is expected to feature a 4k gaming experience at a very affordable price according to PC Advisor. For this reason, Xbox One Project Scorpio is said to go beyond the standard consoles. 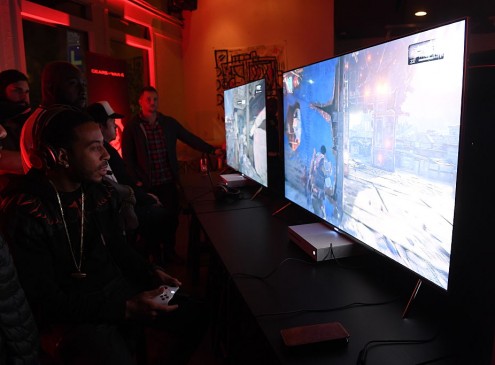