Two variants of Samsung Galaxy Tab S3 are expected to rock the market in the first quarter of 2017 as the South Korean tech firm is prepping up for its major debut. Read more about the unexpected features and specs of the breakout device of Samsung for 2017.

Samsung Galaxy Tab S2 was highly praised by the netizens for its features and specs. For this reason, Samsung is compelled to release a device that is more powerful and impeccable compared to Tab S2 and Galaxy Tab S3 could be the answer.

Since Samsung Galaxy Tab S3 release date is imminent, rumor mills have started to grind for the upcoming flagship tablet of the South Korean tech firm. According to Trusted Reviews, Galaxy Tab S3 features and specs are much similar to that of the premium smartphone Galaxy S7.

Samsung Galaxy S7 runs the Android 6.0 Marshmallow, therefore, Galaxy Tab S3 is also presumed to run the same operating system; however, others speculations suggest that the device will automatically get the Android 7.1 Nougat out of the box. When it comes to processor, Galaxy Tab S3 will be powered by Exynos 8890 coupled with Mali-T760 MPG GPU instead of Qualcomm Snapdragon processors.

Furthermore, Galaxy Tab S3 is presumed to retain the camera specs found in Galaxy Tab S2 - 8 megapixels for the rear and 2.1 megapixels or the front-facing one. For the battery, the upcoming device is said to sport a more powerful battery pack than the 4,000 mAh that powered the current Tab S2, BGR reported.

Samsung usually announces their newest product during the Mobile World Congress; thus, Galaxy Tab S3 is expected to be announced during the MWC which will fall on February 2017. When it comes to price, The Bit Bag said that Galaxy Tab S3 will cost $399 while the Galaxy Tab S2 is currently on sale in the amount of $250. 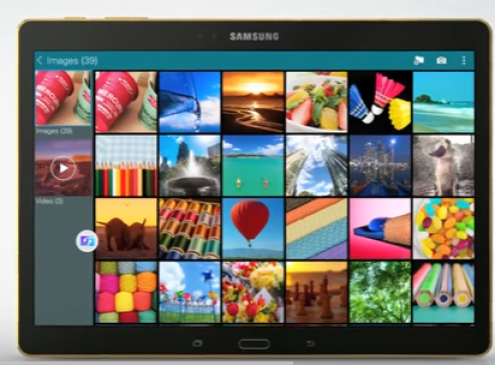