The iPad Pro may soon replace the Mac line as Apple is pushing it as a tablet and notebook combination. It seems that the Cupertino-based company is convinced of Microsoft's strategy that it is possible to combine a toaster and refrigerator.

No Update for Most Mac Products

Various Mac products such as the iMac have not been updated for more than a year, according to Macrumors. The current MacBook Air and Mac mini models are now more than two years old while the Mac Pro is more than three. Only the MacBook Pro received an update after waiting for almost two years. Apple is also projecting the image of an iPad Pro as "computer replacement."

Reason for Lack of Update

One of the possible theories for the lack of Mac updates is possibly due to the lack of processor and GPU hardware updates from various suppliers such as AMD and Intel as well as NVIDIA. Chip maker Intel, however, released the new Sklylake processor more than a year ago which could have been used to upgrade the ageing Mac models.

Apple CEO Tim Cook once ridiculed the idea of designing a laptop or tablet combination. Nevertheless, he did agree that combining a fridge and toaster into a single device is certainly doable. Cook, however, believes that such device would look really ugly that no persons in their right mind would buy it. It would be a different story though if it looks as good as the iPad Pro.

The Apple CEO probably regretted that remark when he saw the Microsoft Surface, which is basically a combination of a Windows PC, laptop and tablet. Apple is now singing a different iTune (pun intended) when it released an iPad Pro video ad a few months back. Cook is now telling people that the iPad Pro is not only a tablet but a computer as well. Technically, the iPad Pro specs are quite decent but it will only cater to a certain user segment.

VR And AR Products’ 2017 Future Bleak: Why Customers Are Not Buying It?

Apple Fake Chargers Guide, Tips: How To Find Out If Your Apple Charger Is Genuine

Microsoft Surface Book i7 VS Apple MacBook Pro 2016 Review: Who Won In The Battle Of The ... 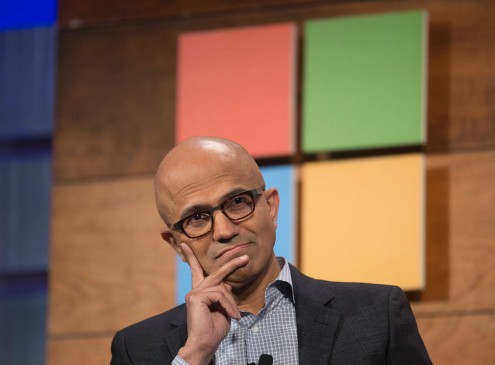