"Forza Horizon 3" Windows PC players updated their OS in the hope that it will fix the glitches and performance issues present in the game.

"Forza Horizon 3" game developers Turn 10 and Playground Games informed players two weeks ago to upgrade their PC to the latest Windows 10 version. The update was supposed to solve the problem with the game's PC updates.

Unfortunately, the problems persisted and players are complaining that their version of Forza Horizon 3 is suffering from stuttering as well as dropping frame rate. The developers released an update almost two weeks ago to help improve the gameplay and add new content. The update can be downloaded in the Forzamotorsport site.

Some of the players complain that the recent Windows 10 seemed to have made the problem worse. One Reddit user said that the game normally runs at 70 fps or higher but the new update seemed to have caused it to run at a range of on 30 to 50 fps. Some were able to find a solution to their problem while others remained confounded. Some also reported that the performance issues simply disappeared after a while.

Recently, a number of Forza Horizon 3 Windows PC players were kicked out of the game for "cheating". The developer explained that their system server detected that they were using an app to design to improve their racing chances. The banned players however, have the right to appeal their case or dispute the cheating charge.

"Forza Horizon 3" is a cross-platform car racing game between Xbox One and the Windows PC. The game was release on September 2016 and published by Microsoft Studios. The game is part of the Forza series and its set on the Australian Outback. The game boasts of more than 350 racing cars and numbers keep increasing with every update.

‘Pokemon: The First Movie’ To Be Reshown Two Decades After Its Original Release [VIDEO...

‘The Flash’ Season 3 – With Too Many Speedster This Season, Why Do We Even Need ... 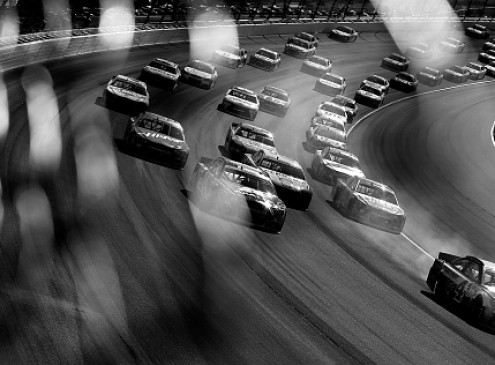