Anne Hathaway is known for her break out role in 'Princess Diaries'. She is also famous for her portrayal as a Parkinsons' patient in 'Love & Other Drugs.' While she is clearly a talented actress, able to move from one spectrum to another, not a lot of people know that she had her share of higher education.

Born in Brooklyn, New York, Anne Hathaway was inspired to pursue acting because of her mother. Her mother, Kathleen, appeared in 'Les Miserables' - during the first U.S. tour. But she was never always concrete with her career path. When she was eleven years old, she admits that she felt like she was called to be a nun because of her strong religious values.

For her primary education, she attended the Brooklyn Heights Montessori School and Wyoming Elementary School in Millburn. In high school she performed in many school plays. After her graduation in Millburn, she went on to pursue a performing career. She is proud of the fact that when she was a teenager, she was the first teen admitted in the Barrow Group Theater Company and sang soprano at the Carnegie Hall. All in all, she is a trained stage actress. However, she prefers to perform in stages compared to films.

For her higher education, Anne Hathaway enrolled in Vassar College and spent several semesters there taking English as a major and Women's Studies as a minor. However, she did not finish. She transferred to New York University's Gallatin School of Individualized Study. But she did not finish her degree in NYU, too, cites Seventeen. But she never regretted her decision because she explains that she enjoyed being "with others who were trying to grow up."

It is not known if Anne Hathaway has plans to complete her degree. Are you an Anne Hathaway fan? Do you think she should go back and finish her degree? Sound off in the comments section!

You Can’t Please Everybody: Life Lessons from A Google Career Coach

Beyonce’s Lemonade Is Being Offered As A University Course

Brad Pitt Majored In Journalism Before He Went Into Acting 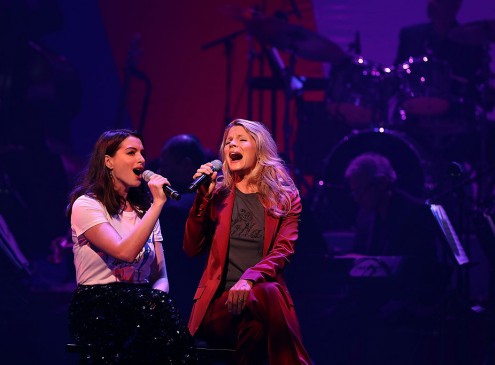