F. King Alexander,Louisiana State University president believes that federal-state partnership is the solution for the United States to maintain an affordable higher education.

Hearing debates and discussions about the "free college" almost every candidate is offering, still, the presence of a clear plan and strategies in achieving the program will be most concrete evidence that every citizen can hold on to.

Alexander sees the federal-state partnership holding the biggest potential in maintaining and even improving the state funding on public universities and colleges.

The continuous increase of college tuition fees in public colleges and universities in the past two decades sounds alarming especially to students and parents.

A recent study revealed that this hike is primarily caused by disinvestment on the part of the state. States are little by little taking their hands off from funding the public state colleges and universities resulting in a heavier load on the college administration. This then results in universities and colleges increasing the amount being charged to enrollees.

Colleges are forced to execute tuition fee hike as it is necessary for keeping up with their goal to provide quality education and to cover basic expenses as well.

Some states expressed their plans of completely backing off from public college funding. Colorado will be the first one to do it on 2025. Louisiana will follow in 2027, followed by Iowa in 2029, Michigan in 2030 and Arizona in 2032, The Business Report stated.

American Recovery and Reinvestment Act (ARRA ) was added a federal leverage provision in 2007 by the Higher Education Act reauthorization efforts. This provides states that did not cut down their higher education spending lower than the state's funding level in 2006 with financial aid by allowing them to use incentive funds.

Alexander believes that federal-state partnership will save not only the students of today but even those who come for this will ensure that states who maintain their public college supports are being rewarded accordingly, The Washington Post reported.

Watch this video know more about the federal-state partnership.

Poverty On Education, How Much Poverty Impacts Education And Learners

Buy One Get One Free' College Degrees Made More Affordable

Education Research, Why Teachers Resort To Other Teaching Methods 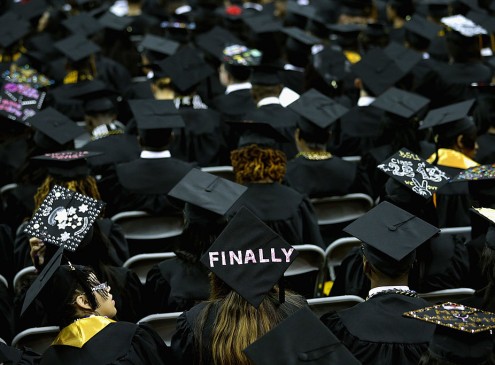 Student Loans In These Universities Have Lower Debt Costs