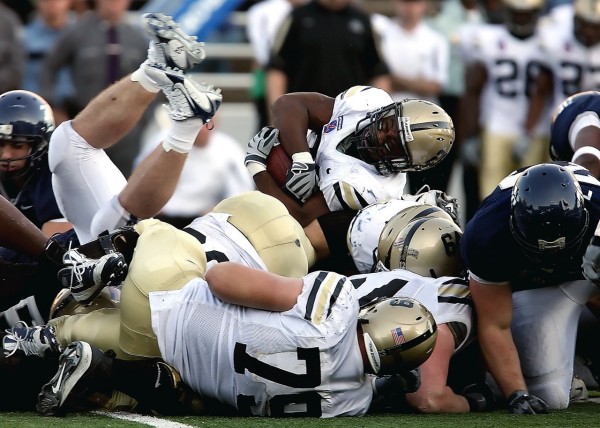 Mike McGlinchey, the 25-year-old Right Tackle for the San Francisco 49ers is in for a physical challenge recently. The offensive tackle suffered from a right knee injury and is set to undergo arthroscopic surgery, which might take him off the field for 4 to 6 weeks on recovery.

The injury bug continues to hit the 49ers.

Kyle Shanahan, 49ers' head coach, confirmed in an interview that the team is going to have a big difficulty keeping up with its lead in the league now that McGlinchey is taking a long leave due to the injury. It gets more difficult considering that his absence was preceded by an MCL sprain of fullback Kyle Juszczyk, who is also out for a 2-month leave to recuperate.

Pro Football Focus commended McGlinchey saying, "No rookie tackle was more dominant with his run-blocking than McGlinchey this season, consistently moving defenders off the point of attack." Many believe this predicament is a major blow on the San Francisco 49ers this season.

Coach Shanahan said in an interview that, "Mike's done a good job. He's had some more challenges than he had last year, but Mike has done a real good job. That's one of the main reasons we've been running the ball so well." The injury resulted from Monday's winning game, October 7, against Cleveland Brown. McGlinchey reportedly came to a tangle up with 49ers' Wide Receiver Deebo Samuel.

Aside from the two recently injured players, the team has 2 previous injuries that really maimed the roster. Shanahan is set to find replacements for Left Tackle Joe Staley who suffered from a fractured fibula and Cornerback Ahkello Witherspoon who suffered from a sprained foot. All of the 4 injured players are medically advised to rest for 4 to 6 weeks to fully recover.

With high hopes Shanahan expressed, "We've got a decent record right now, we've got to keep it going, so hopefully when they come back, they're part of something." He added that, "Things have got to be available. You can't be held for ransom. You have to make a smart decision. If there was a smart decision out there, we'd definitely look into it."

McGlinchey was urgently replaced by Daniel Brunskill - an Offensive Tackle who was born in San Diego and played for the Alliance of American Football's San Diego Fleet before playing for the Niners. Brunskill was signed out of the now-defunct AAF and Shanahan "didn't know much about him until OTAs and training camp." After seeing Brunskill on the playing field, Shanahan became an instant believer that the guy is a potential replacement to the team's depleting roster.

McGlinchey is a promising young football star of this generation. He just started with Niners in 2018 and was drafted 9th place in the overall pick. The former Notre Dame star is apparently the heir to veteran star and Left Tackle Joe Staley when he retires or leaves the San Francisco 49ers by the end of his contract in 2021.

Although pressed with so many challenges and McGlinchey going for a few months of recuperation, Coach Shanahan is still confident that the famous rookie will be back with more brilliance and vigorous performance for the team.