Huawei is pulling more tricks under its sleeves after confirming a new iteration coming in its smartwatch series. The successor of Huawei Watch could be intended for users with an active lifestyle in both physical and tech world.

As the market for smartwatches continues to flourish, big tech manufacturers are fast to grasp the core of its functionality for customers. In the latest release, Google launched its new wearables platform Android Wear 2.0, followed by the launch of LG Watch Style and LG Watch Sport.

The latest to join in this wagon is the upcoming smartwatch from Huawei. The announcement for the Huawei Watch 2 came from the company's VP Yu Chengdong, who posted a promotional image for the latest smartwatch in the Chinese microblogging website Weibo, Yahoo News reported.

Yu uploaded a teaser image of the Huawei Watch 2 in Weibo, which hinted the device's nature. Although the leaked image does not reveal the totality of the device's physical design, it largely implies that the new wearable will be intended for "free spirits" following the catchphrase. On the other hand, the sprinter wearing the Huawei Watch 2 made the claim even more realistic and probable.

No further details regarding the Huawei Watch 2's hardware and design were disclosed in the said Weibo post; however, the confirmation for the watch's launch is made and it will be seen on the MWC 2017, together with the Huawei P10 and P10 Plus phones.

According to past rumors, the Huawei Watch 2 is expected to feature an LTE compatibility, which should rival Samsung's Gear S3 smartwatch, BGR reported. In terms of physical chassis, the smartwatch may appear in 42mm diameter dial, coupled with a 1.4-inch display. Other reports suggest two different straps for the smartwatch, which could be made from stainless steel and rubber.

If the rumors are to be believed, the Huawei Watch 2 will offer a "sportier" look, which will be a leap from the original smartwatch's elegant finish. To recall, the Huawei Watch sports a circular 1.4-inch display, while armed with a 1.2GHz Qualcomm Snapdragon 400 chipset inside. It features a 512MB of RAM and 4GB of internal storage onboard, as well as a 300mAh battery.

Full details on the key specs and hardware of the upcoming Huawei Watch 2 will be unveiled at the MWC 2017. 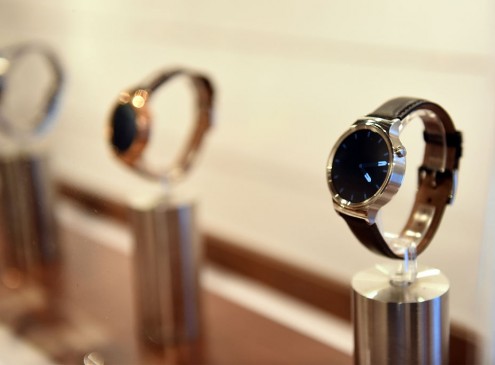