"Scalebound" is cancelled and unlikely to come out in Xbox One anytime this year. This apparently ends the Microsoft and Platinum development deal.

From Reveal To Cancellation

Microsoft first revealed "Scalebound" during the 2104 E3 event. The upcoming game though suffered a series of delayed that finally ended in its cancellation. The official Microsoft and Platinum preview video has been taken down. Fortunately, copies still exist in various outlets such as YouTube.

Game developer Platinum possibly failed to anticipate the enormity of the project, according to Eurogamer. Unfortunately, game director Hideki Kamiya committed a release date to Microsoft that he and his team could not keep. It was slated for release but failed to make it. Fans were later informed that it will come out soon this 2017. This time however, it seems the Windows Company had enough of the delays.

Platinum's work on the project was apparently taking its toll that some of the senior staff took a month off. Their leave of absence considerably slowed down the game's development and put it behind schedule. Then the "Scalebound's" game engine broke down which caused a longer delay.

Technically, Platinum can still continue working on the project without Microsoft. So far though, Platinum has yet to announce what its next step will be.

Kamiya is well known in the gaming community for his works on Resident Evil 2 and Bayonetta. "Scalebound" though was his pet project since 2006. He was looking for a game publisher until Microsoft took a liking to his proposed game. It was supposed to come out as an Xbox One and Windows 10 PC exclusive. Kamiya started real work on the game three years ago.

"Scalebound" features a human hero with a dragon partner. They are set to explore and fight enemies inside an open-world game. It also features a four player co-op mode. 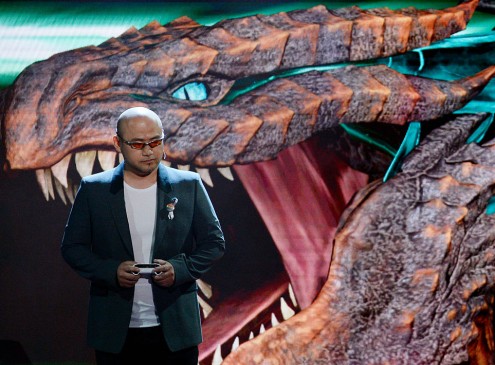 Scalebound Cancelled Due to Microsoft and Platinum Clash of Vision