In an official Techland press release/docu, which can be downloaded via Dropbox, they revealed a new video, which can be viewed below, for "Torment: Tides of Numenera." It introduces one of the few character classes in the video game, which is the Glaive character class.

The Ninth World's elite warriors are called the Glaives, who wields different types of weaponry and offers a balance between strength and speed statuses. They have an exclusive skill, which is to attack twice in one turn. This makes them the only class to do that in the video game.

The Glaives can engage in direct close combat with an enemy without worrying with their health due to their high defense rating. For those who want to develop a warrior with slow and powerful attacks, who can absorb tons of damage, or focuses more on speed and agility then the Glaive is a recommended character class to choose.

"Torment: Tides of Numenera" other characters

According to the official website of "Torment: Tides of Numenera," there are two other character classes aside from the Glaive character class, which are the Nano and the Jack. The Nano studies the secrets of lost ages so that she can harness the power of the relics she finds, and channel its abilities for attacks. The Jack is the combination of the Glaive and Nano and tries to understand all of their abilities, but she cannot master them all.

What is "Torment: Tides of Numenera?"

"Torment: Tides of Numenera" is set on Earth one billion years in the future with a science-fantasy story setting. This world is built on the ancient structures of the extinct, hyper-advanced civilizations that left ancient devices called Numenera. Some people have discovered the method to use these devices, but it awakens an ancient and deadly force that tries to kill everyone who used them.

Check out the "Torment: Tides of Numenera" Glaive Class video below:

Production Schedule for ‘Star Citizen’ Will Be Made Public: Chris Roberts [VIDEO] 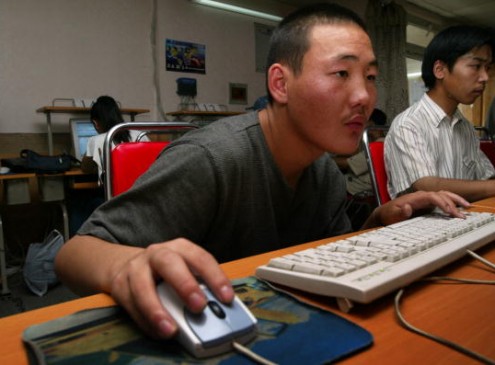