George R. R. Martin is said to be in last stage of proofreading of "The Winds of Winter," the sixth book under the "A Song of Ice and Fire" novel. With the current reported progress, the most awaited book sequel is likely to hit the store shelves in 2017. Read more about the sixth and the seventh book details here!

"The Winds of Winter" Release Date

Fans of the sixth book "The Winds of Winter" need not to wait longer as the George R. R. Martin is reportedly on the last stage of proofreading the book sequel of "A Dance with Dragons," which was released 5 years ago. According to Australia Network News, Martin is known for being a "slow writer" who doesn't want to rush on publishing without assuring the quality.

Furthermore, it is presumed that Martin has more things to catch up on "The Winds of Winter," most especially that the book prequel was released in 2011. For this reason, the sixth book might share the same release date with the seventh book titled "The Dream of Spring," which is reportedly on-progress.

On the other hand, it can be recalled that the fans of the "Game of Thrones" Season 7 has reportedly planned to boycott the show if "The Winds of Winter" release date shall be postponed again. Since Martin announced about the delay, the said boycott imposes concerns to the sales of the upcoming book.

"The Winds of Winter" Spoilers

The lives of the characters in the Westeros is likely to be facing a tragic end since the alleged plots of the "The Winds of Winter" revealed about the death of all dragons in the end. According to iDigital Times, since Daenerys is not destined to be a ruler and conqueror, fans must not assume that all dragons must live.

However, words from archmaester Marwyn will enlighten the Queen of Dragons and make her realize that she's not indeed a ruler or a conqueror, but a savior instead. The words are likely to spark encouragement that will drive Daenerys to turn back and save all the dragons even if it meant fighting with death. 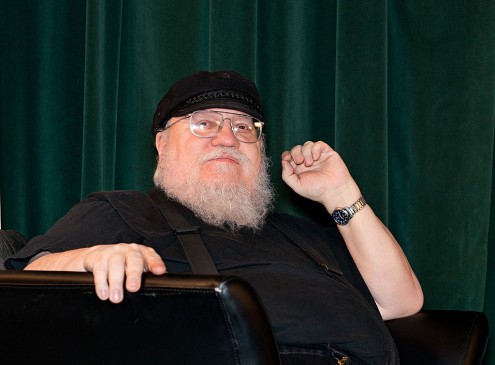