What took Microsoft so long to release the most-talked about Surface Phones? Wild speculation suggests that the Windows-maker is considering Android 7.0 Nougat for their upcoming flagship to have a back-to-back comeback with Nokia Android phones in 2017. Find out the truth here!

When Microsoft failed to announce anything about their Surface Phone during the Oct. 26 event, rumor mills have started to grind for the upcoming flagship. As a result, wild speculation has sprung up from the long and overdue announcement.

Accordingly, the reason for the delay in launching of Surface Phones suggests one thing: Microsoft is considering Android 7.0 Nougat as mobile operating system. This speculation was supported by the fact that Windows OS became a flop when it was launched in Nokia Lumia phones years ago.

The fact cannot be denied that the performance of Android 7.0 Nougat is exceptional because of its radical and notable features that are useful for the users, according to The Verge. For this reason, Microsoft might compel to run Android's latest beta program to their Surface Phones.

However, this claim is not yet confirmed by Microsoft itself and it is best to take the matters with a pinch of salt. Although, the possibility of having an Android Surface Phones is at large, most especially when Microsoft and Google are two greatest rivals.

The popular mobile brand in 1990's is rumored to make a comeback in 2017 to bring two new Android Phones specifically running Android 7.0 Nougat out-of-the-box. According to Know Your Mobile, phones are available in two size variants - the 5.2-inch and 5.5-inch - that features a 2K display screen instead of QHD or Super AMOLED panels wrapped in a solid build (Nokia's distinctive design from yesteryears).

Furthermore, the Nokia Android phones is also said to run Qualcomm Snapdragon 820 processor.  No information linked to the internal storage and memory; however, the 5.5-inch is said to sport a 22MP camera.

Apple iPad Pro 2 Released Date: Pushed Back to Early 2017 for Head-to-Head Battle with ... 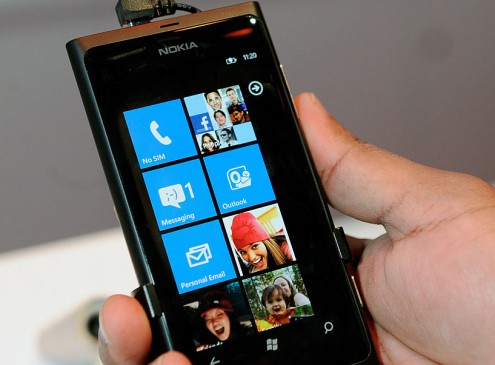