"The Walking Dead" Season 7 premiere has gathered negative feedback from Parents Television Council when the series has showed ultra-violent and brutal scenes which goes beyond its rating. Will these concerns lead to the suspension of the popular TV series?

Two of the favorite characters of "The Walking Dead" Glenn Rhee (Steven Yeun) and Abraham Ford (Michael Cudlitz) have faced their death in the hands of Negan, where the two was clubbed to death by Negan's baseball bat wrapped with barbed-wire.

The ill-fated members of Rick's group has been clubbed to death until nothing remains in their heads, in which, people finds gross and devastating. The death scene of Glenn and Abraham has drawn valid concerns from the Parent Television Council who referred to it as graphically violent content, according to Times.

In addition, the Parent Television Council has referred the TV series as "brutally-explicit" show and urged the parents worldwide to have control over their televisions at home. Tim Winter, the council president, has questioned the TV-MA rating of the show and suggested a more appropriate one that best fits the show's content.

Furthermore, Winter also suggested if the producers of the show could come up into another content that is more proper to younger viewers. He also noticed that the plot of the show has put too much reliance on violence instead of storytelling, Hollywood Reporter reported.

Is TWD Heading Towards Suspension?

Despite the negative feedback "The Walking Dead" has gathered from the conservative watchdog group, there is no mention of suspension of the TV series. Besides, The Daily Beast said that the premiere episode of "TWD" Season 7 is not the goriest or bloodiest episode yet so far, and the show has gleefully portrayed the original story from the Comic Book series.

Accordingly, "The Walking Dead" is said to be an escape from the demoralizing and garish political reality everyone is facing everyday. "TWD" is a form of escapism where a ray of sunshine can be felt through its extraordinary storytelling.

Smartwatch Head-to-Head Battle: Apple Watch 2 vs Samsung Gear S3 – Which One is Ideal ... 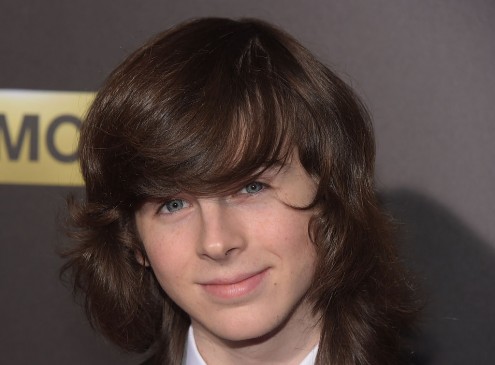