It's not Oct. 26 yet, but fans are hoping to see the Surface Book 2 to be introduced in the upcoming Microsoft event and hit the store shelves just before Christmas. Aside from that, Surface Book 2 could be the best solution to MacBook Pro 2016 supply shortage as Apple admitted about the delay in laptop production.

A very wild speculation from Surface Book fans is going around the online community that the successor of the well-loved Microsoft portable machine will be introduced during the Oct. 26 event. However, according to Engadget, no Surface Book 2 is expected to be launched in the anticipated event of the Windows-maker.

Furthermore, the Surface Book 2 is believed to debut together with Surface Pro 5 in another event to be held in 2017. A flashy launch party is expected to transpire next year upon the introduction of the next-generation laptop and tablet that runs an Intel Kaby Lake chipsets for the processor.

While there is a no-show Surface Book 2 in Microsoft event on Oct. 26, the loyal Apple fans are preparing for the blockbuster launching of the most talked about MacBook Pro 2016 on Oct. 7. However, according to Forbes, there is an anticipated tight supply on portable mac machines due to a delay in production that is supposed to start in second quarter but was moved to fourth quarter instead.

If only Surface Book 2 will make it before the holiday season, Microsoft is foreseen to benefit the supply shortage of MacBook Pro 2016. Besides, according to rumors, Surface Book 2 is a perfect alternative for MacBook Pro because of its features and specs.

On the other hand, aside from the new mac, Apple is also slated to release the new iMac in Oct. 27 event. The new iMac is believed to be the toughest competitor of Microsoft's Surface All-in-One PC that will be launched in Oct. 26.

MacBook Pro 2016 Next Version is on the Works; Apple Will Not Use Kaby Lake but the ...

Android 7.1 Nougat Rolls Out to Android Devices in December? Check the List of Devices ... 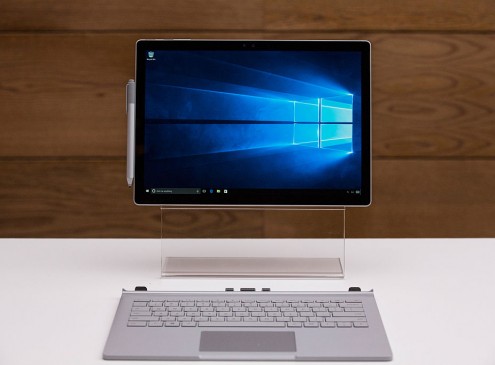