"Hot N Cold" artist, Katy Perry is not just busy making sure pop culture is on point. She is making her rounds in Las Vegas, Nevada to campaign for presidential candidate Hillary Clinton.

While wearing a t-shirt with a spot on message on it, Katy Perry did the same routine "The Voice" judge Miley Cyrus did. And like the students Cyrus visited, students took their phones out to take selfies with the star.

She also went door to door in each dormitory, at the University of Nevada, Las Vegas over the weekend, according to People. Her mission is to drive students to the polls to vote for Democratic nominee Hillary Clinton. Katy Perry is a vocal supporter of Hillary and her presence in the University of Nevada is to rally all millennials to not only vote for Hillary Clinton but also to vote.

Her t-shirt speaks for all women out there. "Nasty Woman" became a rallying cry for Perry after Trump made remarks about Hillary's stand and her agenda.

She calls the attention of students by asking if they know about Hillary Clinton. Then she goes on to say why they should vote for her - "Because there's no other alternative. We need our issues heard, we need our bodies taken cared of, we need all that choice," says Perry.

The "Roar" singer then made he stand in front of over 500 students at an outdoor campus rally. But she did not sing, instead she urged the youth to vote early.

"Let's cut the crap," she said. "We've all got excuses. Don't put it off." The artist then took the president of the campus Black Student Organization, Kendra Patterson, to the nearest polling area to vote for the first time.

Perry did a similar routine with United States President Barack Obama in 2012. She wore a dress decorated like a ballot at that time.

Guilana Rancic and The Best Career Advice For College Graduates 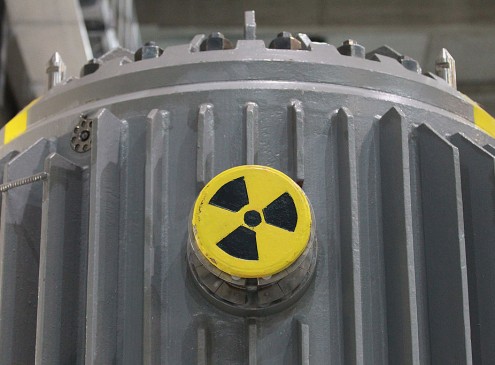