Toyota plans to sell at least 100 units of the zero emission Toyota FC Bus that they say can also be used as an emergency power source during disasters.

Toyota unveiled its latest hydrogen fuel cell-powered buses this week and hatched plans to sell up to 100 units of the vehicle in 2017 in Tokyo ahead of the 2020 Olympic and Paralympic Games. Slash Gear reported,the buses use the same fuel-cell technology developed for Toyota's Mirai fuel cell sedan.

The beefed up version of the bus' fuel system can hold 600 liters of highly compressed Dihydrogen (H2) in 10 high-pressure tanks and can produce 235 kWh3 of electric power almost 3 times as that of the Tesla Model S. The amount of power it produces is enough for it to be used as a power source in the event of disasters.

Toyota said the buses have already undergone repeated field tests, and that the Bureau of Transportation of the Tokyo Metropolitan Government is planning to use the vehicles as fixed-route buses. Toyota reported that they will start rolling out the FC Buses in Japan in early 2017.

Toyota aims to continue development of the FC Buses starting 2018. The added appeal of these buses aside from it being a zero-CO2-emission engine is that it can be used as an emergency power source in evacuation centers in the event of disasters. The electricity the engine produces can also be harnessed for domestic use. The bus is capable of providing 9 kW2 maximum output from its large 235 kWh3 capacity electric supply.

The Toyota Group believes the use of hydrogen is a powerful energy source for the future. The Toyota Fuel Cell System (TFCS) developed for the Mirai fuel cell vehicle (FCV) was adopted by the company for better energy efficiency as opposed to internal combustion engines.

Aside from the Mirai FCV, they also developed the FC Buses, FC forklifts, and stationary fuel cells for home use. Toyota says they are accelerating the development of the TFCS so as to realize having a hydrogen-based society. 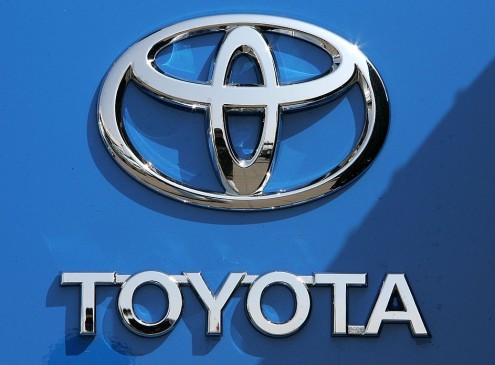