The pure Android phone feels sturdy due to its metal body. It may be a huge phone but it feels comfortable due to the flat design. The 5.7-inch screen gets a AMOLED display which results sharp color production.

Huawei Nexus 6P has 8 MP of front camera, GSM Arena wrote. The 12.5 MP camera does not get many manual controls nor OIS. However, on auto mode, users can capture an image in HDR. There is 4K video recording feature and slow motion mode.

Unlike the Nexus 6P, Galaxy S7 Edge design is sleeker, more elegant and much lighter. The 5.5 inch phone has 76.1% screen-to-body ratio. It is protected by Corning Gorilla Glass for the front and back panel.

The color production is impressively sharp and vivid with 1440 x 2560 pixels resolution and 534 ppi pixel density. Running on Android Marshmallow, Samsung pairs quad-core Snapdragon 820 with 4 GB of RAM and 32 GB of internal memory. Dedicated slot is available for memory expansion.

Samsung squeezes a lot of features for its 12 MP rear camera. There is LED flash, phase detection autofocus and OIS to record a smooth 4K video without getting blurred. There is also dual video recording mode and what's great about the auto HDR mode is that it's also featured in its 5MP front camera. Galaxy S7 Edge gets 3,600 mAh battery with fast charging and wireless charging features.

Samsung Galaxy S7 Edge vs Huwaei Nexus 6P: which one to choose?

If money is not an issue, Galaxy S7 Edge brings everything in a compact, elegant design. The gameplays and graphics are top notch, as well.

For users who seek a balance between optimized software, performance and larger screen display without caring too much about elegance, Huawei Nexus 6P seems to be a solid choice. 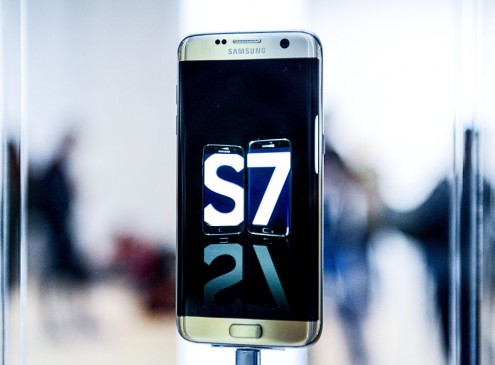 A Look Back At The Best 2016 Smartphones For Samsung