The new Xperia XZ can be compared head-to-head with Samsung Galaxy S7 Edge due to its smart battery and camera!

The waterproof device gets 5.2 inch screen with 1080 x 1920 pixels resolution and 424 ppi pixel density, GSM Arena wrote. It offers IPS LCD capacitive touchscreen instead of AMOLED - probably due to battery consideration. The phone seems to lack of curved edges unlike the Galaxy S7 Edge which surely looks pleasing to the eye.

Sony Xperia XZ may be lacking of elegant design but it gets a revamped shooter including software stabilization enabled in both cameras for steadier captures. There are also many impressive features including taking selfies by waving your hand on the camera - it works pretty good for dramatic angles.

Another great addition in Xperia XZ is the fast processing in filtering out noise on the images. The tuned up camera quality can be controlled manually, setting shutter speed and recording 4K video.

Xperia XZ gets 2900 mAh battery - not a huge capacity but it comes with a smart feature, the battery care mode. There is an adaptive charger, Qnovo - which can adjust the current during charging. This helps to maintain the power quality and prevent battery damage. Furthermore, it can pause the charging when needed. There is also a Smart cleaner to optimize the performance, clearing all those caches.

Both flagships get Snapdragon 820. This means, the performance is not that different. However, Samsung Galaxy S7 Edge packs spacious 4 GB of RAM. Xperia XZ gets two options, 32 GB and 64 GB with 3GB of RAM.

In terms of camera, Xperia XZ is clearly the winner with much higher pixels and loads of camera features. Samsung TouchWiz however, manages to bring rich features of user-interface and the keyboards are faster than the Sony's.

Sony Xperia XZ clearly aims at high image quality production and how it preserves the averagely-low battery capacity. As for those who are looking for a full-feature high-end phone that is not only smart but also functional, Galaxy S7 Edge serves them all. 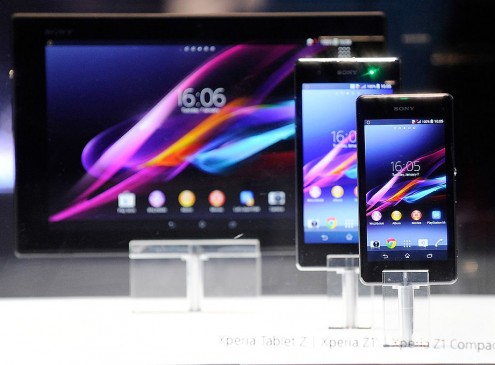 Down Smartphone Memory Lane: The Best 2016 Smartphones For Sony