Apple just revealed the iPhone 7 series a few days ago and now the talk is about the imminent release of the next Macbook Pro and iPad Pro.

Analyst Ming-Chi Kuo noted that the new iPad will get new features such as more apps to use Apple Pencil, and smoother navigation when it comes to pinch, zoom and pan. Professionals will have better user experience when using the upcoming iPad Pro 2 for drawing and writing.

Not only that the device might get significant improvements, it might also get new variant, the 10.5 inch tablet which is specifically designed for education and commercial sectors.

Given the new iPhone 7's water resistant feature - the iPad Pro 2 could also have the same technology along with the IP67 certification.

Looking further under the hood, the new iPad Pro 10.5 inch is rumored to use A10X chip with TSMC. It may not be the same with the 9.5 inch variant as this is considered the 'low-cost' model which will still sport A9X processor, MNR Daily reported.

Apple quietly upgrades the iPad Pro storage base to 32 GB. It comes with the same pricetag as the 16 GB variant. This could also hint on a no-show of iPad Pro 2 in the upcoming months.

While many speculations are to be taken with a grain of salt, the internal sources who spoke to Bloomberg seem to be pretty confident when stating that Apple will upgrade the iPad Pro 2 sometime in 2017.

This could mean that Apple will not simultaneously release Macbook Pro 2016 and iPad Pro 2 as the laptop is said to be launched this month, according to the same sources. More details of Macbook Pro 2016 rumors including Tim Cook's email to an anonymous person on UH News.

GoPro Hero 5 Leak, Release: The Most Connected and Convenient GoPro to Launch with Karma ...

If Rumored Specs are True, Microsoft Surface Pro 5 will be Incredible but Very Unlikely to... 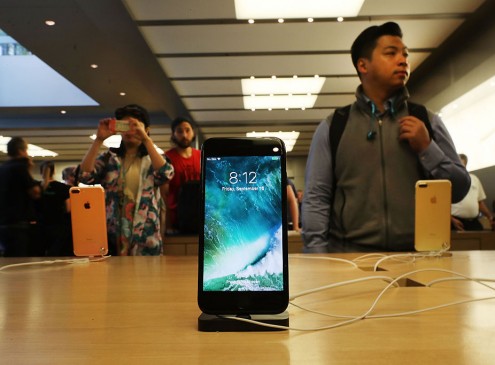