"Final Fantasy 7 Remake" is expected to get a major overhaul as confirmed by Square Enix. To be released sometime in 2017, the remade version of the game is suggested to be launched exclusively for the PS4 platform.

Game producer Yoshinori Kitasi revealed that the "Final Fantasy 7 Remake" battle system will introduce an equation similar to "Kingdom Hearts 3." This could mean that the battle system will no longer be a turn-based system. Instead, players will now be allowed to have an active dynamic within the game as the developer removes the battle transitions, Crunchy Roll reported.

Moreover, it is suggested that the "Final Fantasy 7 Remake" combats and explorations will be real time akin to "Final Fantasy 15." For the game storyline, reports claimed that Protagonist Cloud and his allies are expected to embark their journey into a world full of enemies. The said journey opposes to the original game's journey that features traveling across a different map.

It has also been established that the "Final Fantasy 7 Remake" will be a multi-part series game. Its first part is suggested to possibly launch in the fourth quarter of 2017. In this case, players are expected to have limited access to the settings that are related to the game's story contrary to an open world nature in the original title.

Additionally, fans are expected to see three different release dates of "Final Fantasy 7 Remake" for each of the three installments of the game. Kitasi said that It will essentially be a full scale game for each part of the multi-part series. In 13, each installment told the story from a different angle and it was kind of like approaching an unknown territory in a sense, Yibada reported.

"Final Fantasy 7 Remake" developer Square Enix has not confirmed whether players need to buy the multi-part game for its full price. However, some fans speculated that the games will be paid for every released episode of the game. For fans of the franchise, 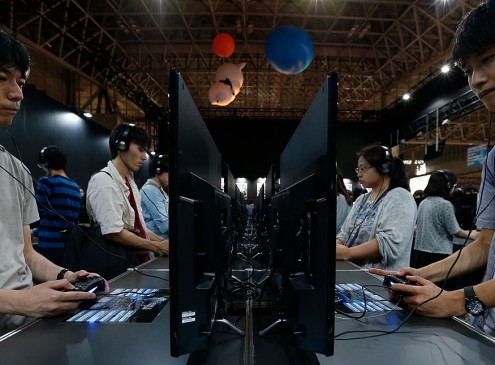