The University of the Sciences announced on Monday that the founding dean of Cooper Medical School, Dr. Paul Katz, would be its 25th university president.

The university had named the founding dean of Cooper Medical School of Rowan University. Katz, 68, would be the 25th university president of the University of the Sciences, Philadelphia Media Network reported.

Katz is set to take over the university on Sept. 1. The founding dean is a physician, whom of which specializes in rheumatology. The incoming university president had spent about 40 years working in the fields of health care and higher education.

The founding dean at the Cooper Medical School would replace Kathleen Mayes, whom of which is the interim president since Helen Giles-Gee's resignation in December of 2014.

The university's board chairman, Marvin Samson, had stated that he has "enormous respect" for Katz. Samson added that the founding dean is a visionary in regards with the field of health care, as well as higher education. The board sees the new appointment as a step to a new beginning.

The board also cites that Katz dynamic understanding of the rapidly shifting arenas of health care and higher education makes him the ideal leader the board was aiming for, according to the New Jersey Biz.

Katz has been preceded by two interim presidents, namely Samson and Mayes. Both has been interim leaders at the university for a collective 18 months, since Giles-Gee's resignation in 2014.

The appointment would seem to be an easy transition for both parties, as Katz is familiar with the University of the Sciences because of its academic partnership with Cooper Medical School, according to the Biz Journals.

Katz had stated that one of the first things he plans to accomplish is to establish stability among the university president's office, as it hasn't had a permanent president of late.

The incoming university president is confident with the board's decision, as he believes that the faculty, staff, as well as the students are ready to do things differently at the institution.

Two University of Alabama Football Players' Weapon, Drug Charges Has Been Dropped By The ... 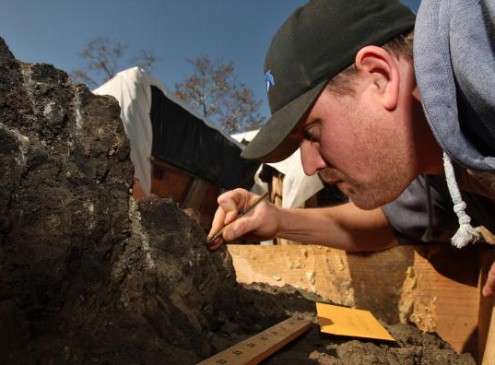