Fans of the game can expect to clock in an at least an additional 30 hours with the latest DLC "Witcher: Blood and Wine." It is considered to be one of the installment's biggest expansions. Game developer CD Projekt Red has recently released a trailer of what it is about.

However, "Witcher" fans will be displeased to know that there won't be any additional installments in the franchise any time soon or ever as there are no talks or plans of another one, this could mean that "Witcher 4" will not happen soon or ever.

"Blood and Wine" DLC: Geralt of Rivia Goes to Toussaint

The "Witcher 3: Blood and Wine" DLC will take place in the quaint Kingdom of Toussaint, a region that is famous for its wineries and wine. While many areas in the game are involved in the war, Toussaint remains largely untainted. However, a mysterious beast and a series of murders threatens to ruin the peace of kingdom, according to the game's website. Famed Witcher, Geralt of Rivia is tasked to solve the mystery of the massacres and slay the monster in this final quest.

"Blood and Wine" is another promising edition to the vast regions and kingdoms in the 2015 Game of the Year, "Witcher 3." The DLC is due to be released on at the end of the month, May 31st.

Talks and whispers of a new "Witcher 4" game is trending on the internet among fans and gamers, but developer CD Projekt Red finally put the rumors in place by saying that there is no fourth installment to the franchise. Studio co-founder Marcin Iwinski shared that the "Blood and Wine" DLC is the latest and only one that they know about of the franchise, Eurogamer reported. Iwinski explained further that there are no plans about a new "Witcher 4" RPG game. He adds that while the studio has released a six-year plan, they assured that "Witcher 4" game is not one of them.

Are you despondent that the "Witcher" series will be concluded with the final quest on the "Blood and Wine" DLC? Fans argue that CD Projekt Red wrote about releasing an unnamed triple-A RPG after next year. They say that if it's not a new "Witcher" RPG, then what could it be? Let us know what you think in the comments below.

'Left 4 Dead 3' Release Date & Update: Game Rumored in Development To Be Released on ... 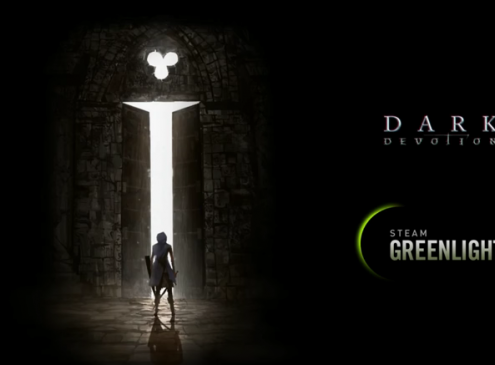