Most of us sleep with clothes on; however, a new study shows that sleeping with underwear can be harmful. Wearing tight underwear can obstruct the nether regions and it is especially dangerous for men as it can affect their fertility.

Metro reports that wearing underwear in bed can chafe the genital region which could result in chafing. This could lead to skin infections which could affect fertility. Gynaecologist Dr. Alyssa Dweck often recommends her patients to sleep without underwear to let the genitals "breathe."

Dr. Dweck adds that if the nether regions are covered by cloth that's not absorbent, "moisture collects, creating the perfect breeding ground for bacteria or yeast." Furthermore, women could get thrush and increase the chances getting infection from ingrown hairs.

Wearing underwear is something (most) people do. Watch #GMM to learn WEIRD underwear facts! https://t.co/HDKCtgIP9U pic.twitter.com/IEgUL84yxe

Dr. Brian Steixner of the Institute for Men's Health at Jersey Urology Group says that wearing tight underwear is especially dangerous for men. Mirror reports that men risk decreasing their fertility if they sleep in boxers or briefs. When men's genital areas are exposed to higher temperatures, the sperm quality could be affected.

"Your nether regions need to be just the right temperature in order to optimise sperm production," Dr. Steixner said. He adds that the possibility of bacteria penetrating any irritated skin in the nether areas is higher as well.

Both doctors highly recommend that people sleep without underwear. It lowers the body temperature, boosts fertility and helps lower blood pressure, according to Daily Mail. Parent Herald notes that for men uncomfortable sleeping without underwear, they can opt to wear cotton boxers. Women on the other hand, can wear loose granny panties to bed instead.

Do you think sleeping without underwear is beneficial for our genitals and overall health? Tell us what you think in the comment section below.

First US Uterus Transplant Failed Due to Vaginal Yeast Infection 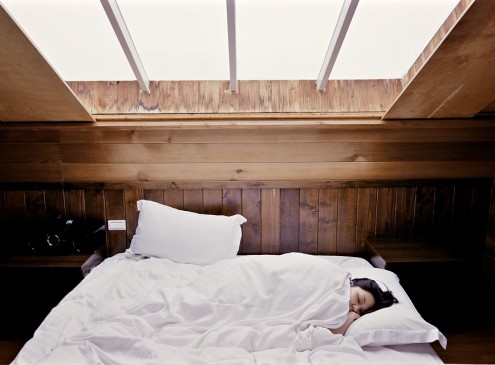