First US Uterus Transplant Failed Due to Vaginal Yeast Infection

The American uterus transplant performed on Feb. 24 at Ohio's Cleveland Clinic had to be removed several days after the operation. It was revealed that the complication the recipient, Lindsey McFarland, experienced was due to a vaginal yeast infection. To ordinary women, vaginal yeast infection is can be  treated easily. However, the infection can be a nuisance and even fatal to transplant patients.

"Preliminary results suggest that the complication was due to an infection caused by an organism that is commonly found in a woman's reproductive system," the Cleveland Clinic said in a statement. "The infection appears to have compromised the blood supply to the uterus, causing the need for its removal."

The New York Times reports that vaginal yeast infection is easily treatable with over the counter medication. However, it is a different case in transplant situations as patients receiving anti-rejection medicine will have a hard time fighting off the infection due to their repressed immune systems.


On March 7, McFarland was rushed to surgery after she was found bleeding heavily. Doctors found that there were clots, which impeded the flow of the uterus. The transplant had to be removed and When Cleveland Clinic doctors identified the infection, the patient was given anti-fungal medicines. The Cleveland Clinic team is not sure where the vaginal yeast infection came from.

McFarland's uterus transplant was the first of ten planned transplantation surgeries as part of a clinical trial for Cleveland Clinic. The transplant was supposed to be an alternative for women who are unable to give birth because they were born without a uterus or it was damaged due to a disease.

However, the uterus transplant is only temporary. It is intended to be removed after the recipient has produced one or two children. Daily Mail reported that Sweden was the first to perform uterus transplants. The operations have produced five successful births. 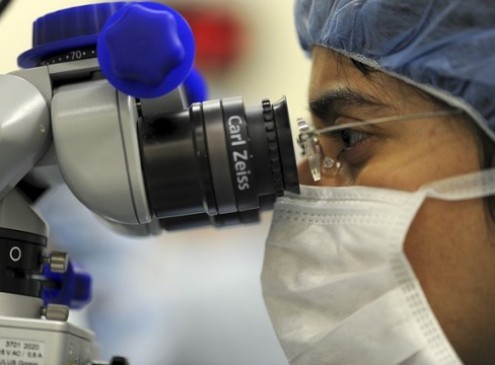