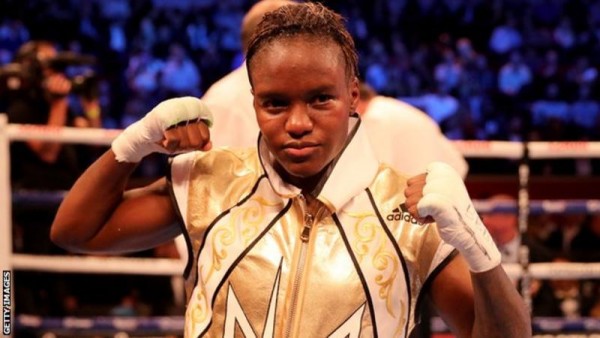 Two-time Olympic boxing champion Nicola Adams revealed that in her last fight she suffered a torn pupil, causing damage to the eyes that slightly impaired her vision.

The 37-year-old British boxer became the first female Olympic champion when she won gold at London 2012 Olympics. Adams reached 2012 Olympic final as a largely unknown underdog, only to kill three-time world champion Ren Cancan. She knocked down the Chinese warrior with a left hook followed by an up-to-the-middle right, before winning big points.

She then amazed everybody in the boxing world when she retained her flyweight title at the Rio 2016 Olympics.

She turned professional in 2017 with a WBO world flyweight champion under her belt. However, she announced on Wednesday that she is retiring due to eye damage that she initially thought was just a minor injury. "I didn't think it would be anything too serious but I had torn the pupil in my eye," she said in an interview.

Adams said that eye specialist has advised her that any further impact to her eye would most likely lead to irreversible damage and permanent blindness. She officially announced her retirement in the newspaper.

Adams wrote in an open letter to the Yorkshire Evening Post: "I'm immensely honored to have represented our country and to win double Olympic gold medals and then the WBO championship belt is a 'dream come true'... It has been an honor to compete on the global stage, and it has been a privilege to fight against such remarkable athletes."

She also paid tribute to her mentor Coach Alwyn Belcher, who led her from raw youth to polished champion, and who also assured her that she would be a world champion in her early twenties.

She said she had an "unbelievable" career and created history, inspiring more women to win consecutive gold medals as she did. Great Britain's boxing performance director Rob McCracken even labeled Adams as a "phenomenal boxer."

Adams expressed that even though she is not in the ring anymore, fighting, she will still stay in the boxing business because of her love for the sport.

McCracken added that it will be difficult for someone to equal Adams' achievements in boxing but hopefully she some girls would try to go at it and try to excel in any sport.

As an amateur, Adams bagged the World, Commonwealth, and European titles. Her 2016 gold medal in Rio made her the first British boxer in 92 years to defend an Olympic title.

Adams' promoter Frank Warren said that the female boxer's achievements would "go down in history" and will make her an icon of British sports. He added that Adams has that star quality very few possess.

He also was saddened about her retirement and believes she will be missed in the sport of boxing for many generations to come.

Nevertheless, despite the physical challenges she is facing now, Adams had hinted through a video tweet that she might try to defend her Olympic title at next year's Tokyo Games.

RELATED: Patrick Day in Coma After KO in Boxing Match