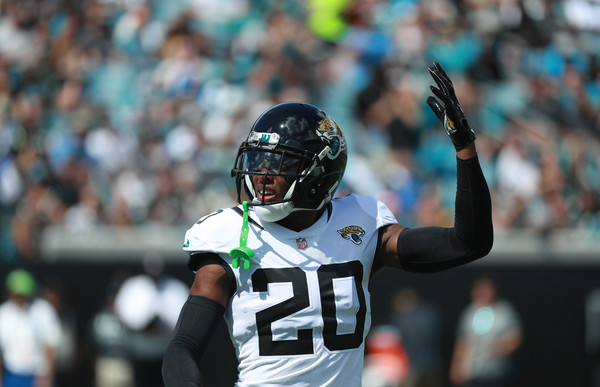 Jacksonville Jaguars cornerback Jalen Ramsey suffered a back injury in September 19 which made him appear irregularly in the team's games recently. Ramsey said that he is still experiencing symptoms like back tightness, spasms, and tingling sensations that made him feel unfit to enter the field. He also added that he is doing rehabilitative therapy to recover and manage the spasms and to get back in shape.

Coach Doug Marrone agreed to the player's statement and said that they are taking careful steps to help Ramsey recover. Ramsey has already missed 3 consecutive games and it was later reported that he has returned to his hometown of Nashville, Tennessee to attend to his wife who is pregnant with their second child and is expected to give birth anytime soon. Ramsey also missed last week's practice and was not able to play against Carolina.

ESPN's Chris Mortensen, however, reported that doctors could not find anything serious about the condition of Ramsey's back. This insinuated rumors that Ramsey was just faking his injury, especially Jaguars' avid fans who took the issue on social media. Others also think that Ramsey is just frightened to trigger a possible injury and is keeping himself safe while still experiencing pains and symptoms.

Jalen Ramsey is inactive. He participated only in individual drills this week after doctors found nothing debilitating with his back injury. @Jaguars owner Shad Khan had said he expected Ramsey to play after having a "heart to heart" this week. As always, stay tuned. — Chris Mortensen (@mortreport) October 13, 2019

There are also speculations that the 24-year-old cornerback is disgruntled and is trying to wait around for offers as the trade deadline approaches. Nevertheless, Jaguars team owner Shad Khan recently said in an interview that he had a "heart-to-heart" talk with Ramsey and he has no desire to trade him.

On the contrary, Ramsey has expressed that he wishes to be traded and out of Jacksonville. This made fans more bothered about the intrigued star's attendance in the games. Speculations rose to a more concerning issue that he wants more money.

Some sports analysts are giving straightforward opinions that Jalen Ramsey wants more money as he is entering the 4th year of his rookie deal which amounts to $23.35 million upon signing in May of 2016.

To deny that money was the main issue, Ramsey said, "I'm not sure if I've played my final game for the Jags yet or not, but my trade request still stands. For me, respect is a huge thing. Once respect is lost for both parties, I think it is time to part ways." He also stressed that, "The money will come, but money isn't everything. Peace and happiness means a lot more than the money."

Ramsey also revealed that "there had been an incident on the sideline" with him and Coach Marrone. He added that he feels "like that blew up a little bit more than it should have."

His interview with Uninterrupted podcast via Jaguarswire disclosed a lot of bad feelings from Ramsey. He opened up that there were confrontations that made him walk out and call his agent to ask for a trade. He continued to clarify that it was more "the front office and the organization" that led him to think about leaving Jacksonville. He exclaimed that, "I love my teammates here. It has nothing to do with the city - I love the city here."

More developments are anticipated to roll out next week. Everybody is waiting for an official statement from the Jaguars camp and this will pretty much determine the fate of Ramsey in the coming trade deadline.