NASA found a new solar system that has a similar composition to our own solar system. The young sun is only 10 light years away but it holds the key to unlock our planetary system.

It is Epsilon Eridani - a planet with a size of Jupiter which contains debris (gas, rocks, and dust) - is analyzed using Stratospheric Observatory for Infrared Astronomy (SOFIA). Like the Jupiter orbit, it has an asteroid belt within AEgir's.

The team of scientists, led by Dr. Kate Su, later learned that the system is a younger model of Solar System. SOFIA, is particularly useful to examine the young sun as it found that Epsilon Eridani contains warm materials associated with Neptune's role, Sci-News reported.

According to NASA, SOFIA is able to capture more detail of the system, when compared to Spitzer due to the larger telescope size. The illustration is published in NASA official site - which clearly shows how both systems are similar to each other in term of compounds. The monitoring results in two theories; first, the disk is made up of icy materials, gas and dust. Second, the debris circling the planet is similar to our Solar System.

Since the details are still vague, the whole new system needs further observation to confirm the existence of AEgir and the formation of the planets but the resemblances could help scientists to study our own Solar System when it was young.

Babylon 5 Made to Live

The nearby system is named after Babylon 5 setting which is also the location of Vulcan in Star Wars. There were studies that analyze Epsilon Eridani - seeking facts since 1960 but none is as remarkable as the latest finding, VOA News reported.

Stem Cells Cure and Its Uncertain Future could End up causing Another Disease; Study Says... 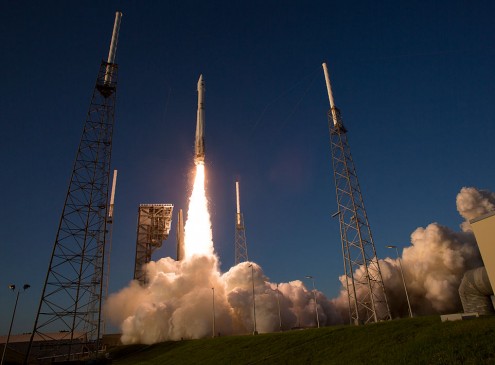