The tech crowds have come to believe that Apple is leaving the Mac Pro line to rot. It has not been updated for three years since the 2013 introduction. That long gap however, indicates that Apple is gearing up for a major refresh this year.

Apple cylindrical machine is not designed for gaming, just like the other Apple products. However, reputable outlets have come to believe that Phil Schiller's plan to rethink the Mac Pro, means something big is coming.

Mac Pro users would know that the mini computer does not support Oculus Rift. The lack of VR capability seems to be considered as a huge drawback in today's computing machine. However, this mocking could end soon as Apple reportedly plans to add the feature. The report is based on the leaked information that suggests the company's engineers are currently experimenting with the VR possibility, Financial Post reported.

According to tech experts, for Mac Pro to have such a powerhouse - it needs a bigger RAM. Apple also mentioned that dual-GPU system was a blunder. Apple admitted its mistake by hoping that the 2013 device will last for at least 10 years from launch, but due to the false prediction, the Cupertino giant is now trying to right the wrong. The VR performance should be within reach for Apple today. There are plenty of high-end GPU choices out there that would be happy to supply the graphics for Mac Pro.

Meanwhile, Nvidia just released the beta mode of Pascal GPU drivers for Mac Pro. This is a great announcement for those who own old Mac Pros as they are now able to upgrade the computing machine to another level. However, it is worth to note that not all Mac Pros will be compatible for the change,  Ars Technica reported.

After three years of being 'abandoned, the refreshed Mac Pro will reportedly arrive in late 2017.

MacBook Pro 32GB with Cannonlake: Apple to Use Intel Chip to Avoid Fans Migrating to ...

Nintendo NES Classic Edition Stock Update: Fresh Batch is up for A Grab in Major Retailers... 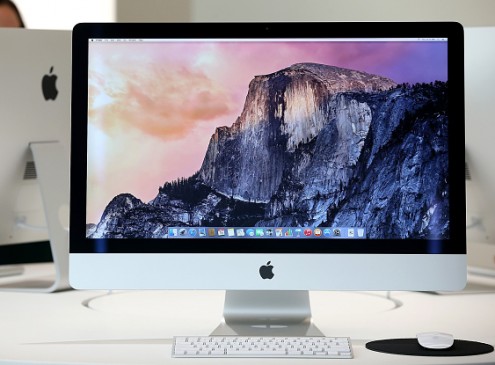