School officials like Dr. Randy Esters, the school president of the North Arkansas College, is concerned about the effect of carrying concealed weapons on campus. He is looking at how it will affect students and staff that work at the college.

Esters hope that if the vote gets through, he feels that there should be some amendments, as reported by Harrison Daily. In 2013, Republican Rep. Charlie Collins proposed a law that leaves the concealed carry decision up to colleges. This idea is said to help deter potential mass shooters and it helps increase campus security.

If the proposal becomes a law, Arkansas will join other states that mandates schools to allow concealed weapons in college campuses. Utah and Colorado are already forcing colleges to allow people to carry concealed hand guns on campus provided they are permit holders. Other states allow the same but only in certain circumstances.

Although this is going to cover colleges and universities, Collin's carry bill will not allow guns at child-care centers and institutions, as reported by Arkansas News. Exemptions are placed for the Clinton School of Public Service and the University of Arkansas for Medical Sciences.

The campus police chief for the University of Arkansas campus in Fayettville expresses that he opposes the ban. Austin Bailey, head of the Arkansas chapter of Moms Demand Action for Gun Sense in America, says that allowing such law would make it harder for campus police and more dangerous for everybody. Arkansas professors have also voiced concerns that this will change the learning environment.

Capt. Gary Crain says the University of Arkansas Police Department is already prepared in the event of a shooting. Watch the video below:

Beyonce Pregnant With Twins Explained By University Of Illinois Expert 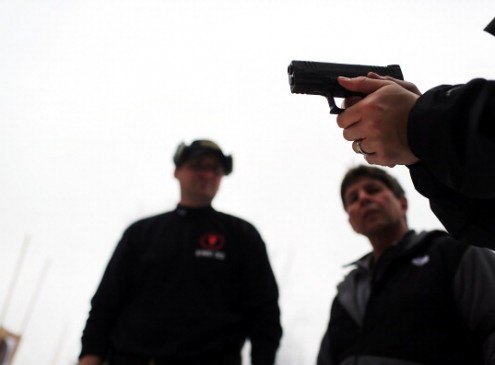