The consumer electronics company Best Buy is offering preorders on the Nintendo Switch Pro Controller for a limited time. The pre-order is only up for grabs for shipping.

Nevertheless, the GameStop official website is currently showing that the preorder of the Nintendo Switch Pro Controller has been already unavailable. The news release of the electronics retailer company announced the availability of the units went out at 10:57 AM ET. It seems like the Nintendo Switch Pro Controller stocks sold out in a matter of minutes, though a person can still get one if a person will pay more for a bundle, according to Destructoid.

The Pro Controller of the Nintendo Switch features off-set analog sticks just like an Xbox controller.

On the other hand, the racing video game "DiRT 4" was revealed, and game enthusiasts quickly noticed that the game was only announced for Xbox One, PS4 and PC. Codemasters fans are now wondering if the new racing game will come to Nintendo Switch.

Although the UK developers have revealed the "DiRT 4" video game since the presentation of Nintendo Switch, but the game was not mention of having a Nintendo Switch support. Senior Games Designer Darren Hayward, stated that he personally got his Nintendo Switch pre-ordered and he's getting the gaming system on day one, Daily Star reported.

Hayward also said that at the Nintendo Switch launch, the new racing game is not coming to the console, as the company already picked their platforms. In spite of the fact that Hayward wouldn't rule it out, there is nothing to announce at the moment. 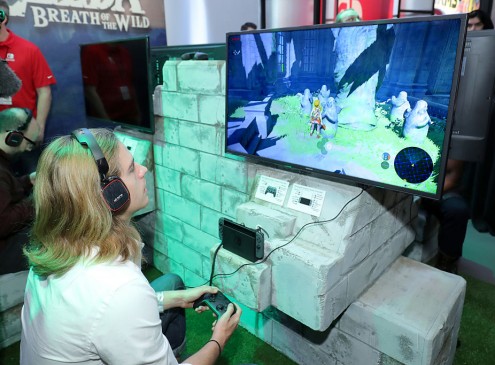