The last "Pirates of the Carribean" movie left our anti-hero Jack Sparrow (Johnny Depp) without a ship after The Black Pearl was shrunk and put inside a bottle by Blackbeard. However, the upcoming "Pirates of the Caribbean: Dead Men Tell No Tales" hints that Sparrow will get his own ship.

In addition to getting a new ship, Sparrow will have new allies in his latest quest in "Pirates of the Caribbean: Dead Men Tell No Tales." Reportedly, The Black Pearl will make an appearance once again in the upcoming movie wherein she will be restored to her full size.

According to Cinemablend, Sparrow will not be the captain of the restored Black Pearl; instead, he will be at the helm of a "pitifully small and shabby" Dying Gull, as described in the movie's synopsis. On the Dying Gull, Sparrow will have a pair of shipmates accompanying him for the ride in the persons of Carina Smyth (Kaya Scodelario), described as a beautiful and brilliant astronomer, and Henry (Benton Thwaites) described as a headstrong young Royal Navy sailor.

The trio will be on a quest to locate the legendary Trident of Poseidon while evading Captain Salazer (Javier Bardem) and his band of deadly ghost sailors who has just escaped from the Devil's triangle and bent on killing every pirate at sea, particularly, Sparrow, according to ComingSoon.

Orlando Bloom will be reprising his role as Will Turner/Davy Jones in "Pirates of the Caribbean: Dead Men Tell No Tales." Rumor has it that Keira Knightly (Elizabeth Swann) just might be coming back as well. Additionally, Henry, the young sailor with Sparrow on the Dying Gull, is assumed to be Turner and Swann's son, which makes for an interesting story arc.

Meanwhile, "Pirates of the Caribbean: Dead Men Tell No Tales" might be the last wee see Depp play the affable rogue Jack Sparrow, the film was originally scheduled for release back in 2015, however, production delays pushed the film to be released on May 26, 2017, instead.

Johnny Depp Will Play A Dark Wizard in the 'Fantastic Beasts and Where to Find Them' ...

‘Fantastic Beasts 2’: Dumbledore Confirmed To Appear For The Sequel; Why Johnny Depp ...

‘One Piece’: After 20 Years, Manga Finale Is Almost Near [Video] 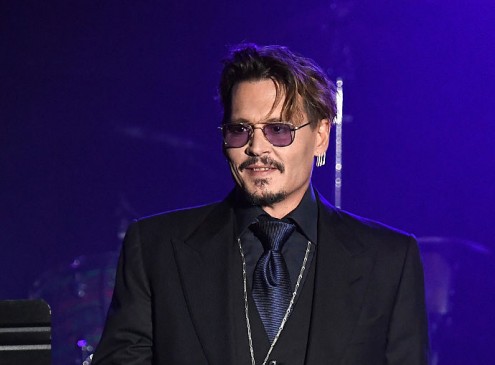