Most fans and gamers alike have been intrigued since the Nintendo Switch was announced to everyone this year. The next-gen console has even had bigger players in the gaming industry excited. It would seem that there'll be a bit of buzz for a while as new details about the console has been unveiled regarding its CPU and GPU power. In other news, fans might expect a slightly different looking Link in the upcoming "Zelda: Breath of the Wild," according to sources.

It was recently reported that the specs for the Nintendo Switch has been detailed and released to fans all over, Gamespot has learned. Fans will now get a chance to gauge the CPU and GPU speed of the console and compare them to the current-gen platforms in market today.

The Nintendo Switch was said to have a CPU power that is constantly running its cores at 1020MHz while docked and undocked. It was mentioned further that this will assure gamers that the gaming experience will not be compromised by giving the console a uniform and consistent performance either while it is docked or taken out while gaming on to go.

Moreover, it was also detailed further that the specs for the embedded memory controller of the Nintendo Switch will run at 1600MHz while it is docked and will revert down to 1331MHZ as its default power when undocked. But it would seem that developers can force the console to utilize and retain the full memory bandwith.

As for the GPU specs of the Nintendo Switch, it was stated further that the power of the consoles GPU may not be at par with that of Nvidia's 1 GHz Shield Android TV, with the source pointing out that the Switch would have a 768Mhz GPU speed while docked.

However, it did highlight the fact that the Nintendo Switch has astoundingly been able to down-clock the GPU speed to exactly 40 percent (or at 307.2MHz) while the device is in portable mode, which would result in extending the thermal and battery life of the console.

In other news, it was reported that "Zelda: Breath of the Wild," which would be coming out in the Nintendo Switch," might feature Link sporting a blue garb, Forbes noted. It was stated that a new concept art revealing a rather less traditional looking Link was revealed.

It did note, however, that since "Zelda: Breath of the Wild" will likely be set in Hyrule's distant ruined future, it might not come as a surprise to fans if they see a bit of deviation in design from what they've been accustomed with from previous titles.

Tags Nintendo, Nintendo Switch, link, The Legend of Zelda: Breath of the Wild, CPU, gpu
© 2017 University Herald, All rights reserved. Do not reproduce without permission. 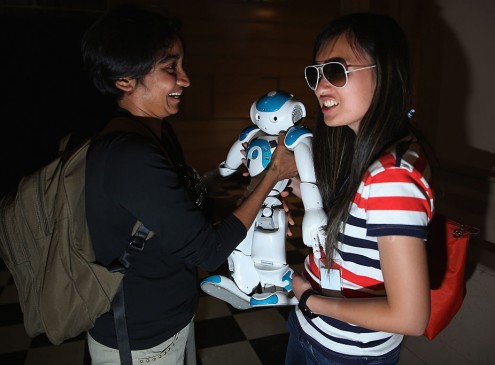