A live-action adaptation of a "Cruella De Vil" origin story is in the works over at Disney, with "La La Land" star Emma Stone taking center stage as the wicked, fur-loving couture mogul from the hit "101 Dalmatians" movie. Now, the movie takes one step forward in development as it finds the director to helm the film.

"Mozart of the Jungle" co-creator and theater director Alex Timbers is in negotiations to work on the "Cruella De Vil" live-action movie, The Hollywood Reporter reported. Timbers, a two-time Tony Awards nominee, is known for helming some of the most critically-acclaimed Broadway productions in recent times such as "Peter and the Star Catcher," "Bloody Bloody Andrew Jackson" and the musical adaptation of Sylvester Stallone's "Rocky."

Interestingly, Disney appears to be investing more effort on bringing back the musical aspect of its classic library such as with "Beauty and the Beast" and "The Little Mermaid," the latter of which will have music from Lin-Manuel Miranda. "Mary Poppins Returns" is also in the works with Emily Blunt taking the role of Mary Poppins.

The decision to tap Timber appears to give a hint on what Disney is planning for "Cruella De Vil," and given Stone's stellar performance in the musical film "La La Land," fans speculate that the fresh take on one of Disney's most memorable villains is going for a musical route.

According to Deadline, Disney wants to start production in "Cruella De Vil" as early as next year. The most recent version of the script is written by Jez Butterworth. The movie will be produced by Andrew Gunn and Marc Platt.

The "Cruella De Vil" movie is just one of the many live-action adaptation Disney has in store for its fans. It's already confirmed developments for "Mulan," "Aladdin" and "The Lion King." 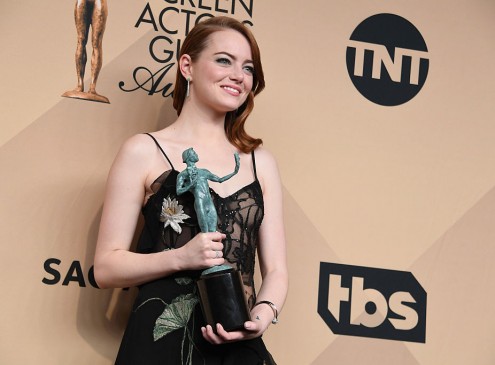