It's been three months since Apple released iOS 10 and still no iOS Jailbreak tool has been reportedly released for the newest mobile operating system. For this reason, netizens started to speculate the possibility of having no such tool that could lead to its ending. Read more details here!

Pangu, Luca Todesco and other hackers have been silent over the past months regarding the updates on iOS 10 jailbreak tool. The silence from their end have exacerbated when Apple released the latest iOS 10.2 Beta 7 with tight security features and patches loopholes for jailbreaking possibilities.

It can be recalled that the popular and notorious hacker Luca Todesco warned the jailbreak community members to stick to iOS 10.1.1 instead of updating their Apple devices to iOS 10.2. In his Twitter post, Luca Todesco shed a light of hope for the possibility of an iOS jailbreak tool through iOS 10.2, thus, sticking to iOS 10.1.1 version is a wiser choice.

However, until now, there is still no news regarding the iOS jailbreak tool even from the Chinese hacker group Pangu who is known for releasing jailbreak tool two to three weeks from Apple's released of new mobile OS. Having said this, rumors suggest that iOS 10 jailbreak tool is impossible most especially when Apple tighten the security of their latest mobile operating system.

Several sites have been reportedly deceiving users and offering a fake iOS 10 jailbreak tool. According to Gotta Be Mobile, these fly by night sites are luring users into a trap and ended up getting their personal information such as credit card and leaving them with malware on their computers.

iOS 10.2 Beta 7 is Apple's latest developer public beta version for iPhone, iPod touch and iPad devices and the second for this week. According to 9 to 5 Mac, the newest beta features the following: three new wallpapers for iPhone 7 and iPhone 7 Plus, added camera features, new TV app, Unicode 9.0 emoji and new screen effects for Messages. 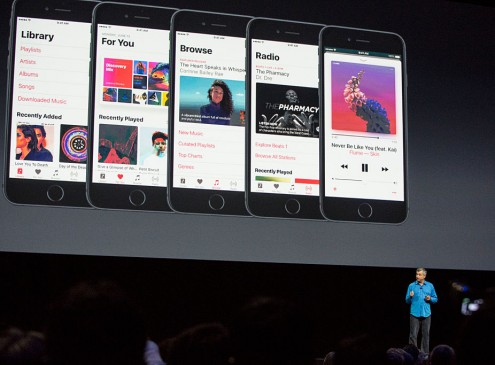