Fans and avid gamers of fighting games are in for a real treat as NetherRealm Studios is planning to release the highly-anticipated "Injustice 2" in 2017. Yet, fans are still wondering as to when exactly will the developers launch the game. Though there still isn't a precise date regarding the game's release date, reports have suggested that "Injustice 2" might come out sometime early 2017. Moreover, Ed Boon has teased fans of the new characters that might join the game's roster.

It was recently reported that "Injustice 2" might have release date set sometime in early 2017 as indicated through a recent GameStop earnings report that the company's marketing plan for 2017 were detailed, Gamingbolt learned.

It was further mentioned that, based on the earnings report of GameStop, fans can look forward to a release date set for "Injustice 2" around the first half of 2017, along with other games expected to be released (such as "Mass Effect: Andromeda" and "The Legend of Zelda: Breath of the Wild").

However, the source did give its fans a caveat as to a possible change in the game's release date since, ultimately, there hasn't been an official announcement as to the exact date for "Injustice 2" to be launched.

In other news, NetherRealm Studios' creative director, Ed Boon, has teased fans of the possible new characters that might be included in the game's roster once "Injustice 2" hits the market, Screen Rant reported.

It was stated therein that Boon tweeted out another poll asking their fans whether or not they would like to include the characters from "Watchmen" to form part of the game's roster. The result turned out to be a resounding agreement between the fans that they do want to see Alan Moore's characters battle it out with the rest of the DC heroes in the upcoming "Injustice 2" game.

Moreover, it was also previously reported that fans also wanted to include Spawn (the main character from the comic book series "Spawn" created by Todd Mcfarlane) as the "non-Mortal Kombat" guest character, University Herald has learned.

With all these said, it seems that fans can only expect a lot of great things coming their way as "Injustice 2" is set for a 2017 release date. 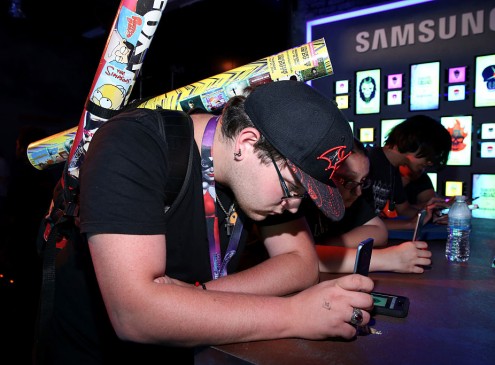