With the latest updates brought by Niantic to "Pokemon GO" one of the most notable is the change in CP (combat power) of a certain Pokemon. In the case of Alakazam, Gengar and Rhydon, is the increased in CP transform them into second generation Pokemons?

The latest update of Niantic for "Pokemon GO" includes the CP (combat power) changes in some of the Pokemons. According to Express UK, Alakazam, Gengar and Rhydon have an increased CP whereas others such as Dragonite and Snorlax have lowered down.

What's good about the changes in CP is the transformation that is noticeable from the underestimated Pokemons such as Rhydon which has become a beast after receiving bigger buff. On the other hand, the drowning Pokemon Alakazam is now capable of fighting, Forbes reported.

The updates have alarmed most of the "Pokemon GO" players but Niantic has been quick in announcing that the recent changes in combat power has something to do in the preparation for the upcoming Thanksgiving Event that will kick off in November 23rd and commenced in November 30th where players have the chance to receive 2X of XP and Stardust.

Niantic has just launched the recent versions of "Pokemon GO" for Android (0.47.1) and iOS (1.17.0) which brings minor fixes to glitches such as distorted animation during egg hatching and minor text enhancements. Aside from the latest versions, Niantic has also announced the launching of the game in the following countries form the Middle East: United Arab Emirates, Qatar, Oman, Lebanon, Kuwait, Jordan, Israel and Bahrain.

Due to the recent launching of the games on the said countries, "Pokemon GO" fans from Saudi Arabia and Iran have become more hopeful for the game to arrive in their respective countries which have reportedly banned the game due to conflicts in religion and culture practices.

‘The Winds of Winter’ Release Date: Sixth Book Will Be Launched with ‘Game of ... 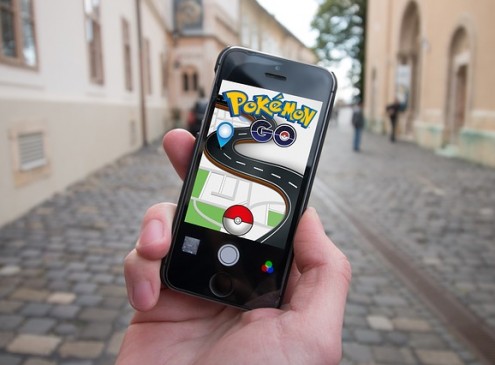