Taking the clues from the co-creators of the show, "Rick and Morty" Season 3 is likely to air before the year ends. Is it true that the show is now on the last stage of polishing on the 14 episodes? Read more details here!

The modern classic show "Rick and Morty" will be returning soon to television on its Season 3. Many have been anticipating watching the season premiere before the year ends and it looks like it's going to happen that way since the co-creator of the series Dan Harmon hinted that more episodes will be aired before the year ends, according to Cinema Blend.

According to some reports, "Rick and Morty" Season 3 has a total of 14 episodes, wherein nine of them are currently on the last stage of polishing for the script while one of them is done for the full animation, according to CSN. Based on the reported progress, it seems like the production team needs a lot of catching up to be able to air the season premiere episode before the year ends.

It can be recalled that Adult Swim has released a Halloween Special episode of "Rick and Morty" titled "The Non-Canonical Adventures." Although the episode does not have any related matters from what is expected from the Season 3, the fans have truly enjoyed watching it.

Nevertheless, as rumors suggest, "Ricky and Morty" Season 3 is believed to feature the return of Krombopolus Michael. Aside from that, greatest mystery about Mrs. Sanchez loss will also be unlocked in the upcoming season of the show.

"Ricky and Morty" series is the masterpiece of Dan Harmon and Justin Roiland that is expected to return to Adult Swim in Cartoon Network anytime soon. The show in its two seasons has been remarked as the combination of smart and dark humorous plots that was once a parody of motions from the Back to the Future characters Doc Brown and Marty McFly. 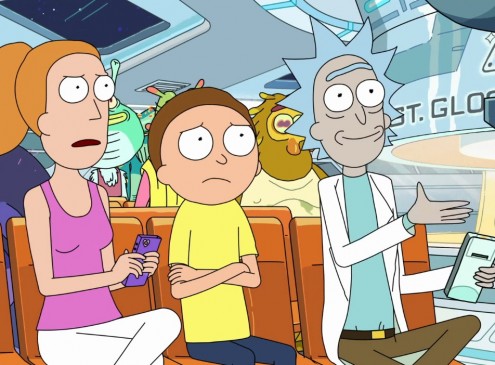